I still can't believe he is no more. But yes, he lives on through his songs... 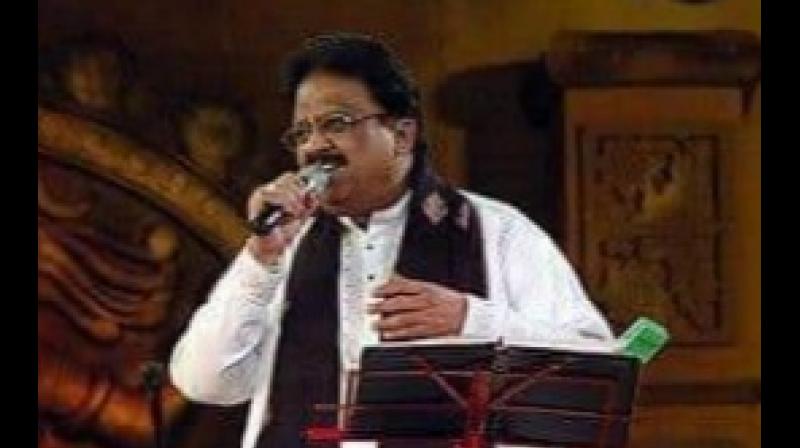 This was way back in 2001 during my stint in ETV at Ramoji Film City (my first job) that I got a chance to meet the legendary singer SP Balasubrahmanyam. He would frequent RFC in Hyderabad for the famous Telugu music reality show Paadutha Teeyaga and on one such occasion, I went to watch him sing.

In between shots, I happened to meet his manager and asked him if I could meet SPB. The manager said SPB hates distractions at work. Then I asked him if I could get an interview with him. The manager shared his number and asked me to call him. I called him a few days later and he said SPB had left for Chennai but will be back soon and he would inform me. I gave up thinking this was another celebrity chasing exercise. Much to my surprise only a week later, I get a call from one Mr Shastry who says "You wanted to interview SPB?

Shastry. Can you speak Telugu?

Me: No. But SPB knows English?

Shastry: (Laughs) Of course, he can speak more languages than you do.

Me: (Heaving a sigh of relief), Great. So when is he coming down to RFC next?

Shastry: Lady, you have to come down with your camera crew and questions to this place (and he shares the address) some place near Srinagar colony Hyderabad.

Me: (I couldn't contain my excitement and ask) when?

Me: Done and what time would that be?

Shastry: Be here at sharp 8am because sir has a meeting followed by shoots at Sarathi studio after that

I quickly hung up and wait for the day with butterflies in my stomach. I meet my first boss Joel Samuel who takes a look at my questions and adds his own too.

On Feb 14, I am waiting for the company car and the lensman to show up and he is late. I am furious and nervous all at the same time. But I try to calm myself and finally we reach SPB's apartment half hour later than the scheduled time.

SPB is waiting for me. And I prepare myself to face the music. I very sheepishly apologise without making it sound like an excuse. But to my utter disbelief, SPB says it's okay ma. I have a meeting with my auditor at 10am. And I don't want to rush through. "I understand, sir," I say.

Then I ask the cameraman to set everything up and fix the frame. But I am still nervous and fear that SPB will just say we can't do it. Instead, sensing my anxiety, he asks me, "Did you eat something?"
Me: No sir
SPB: Then have some breakfast first
Me: That's alright sir I am not hungry
SPB: I can see how tired you are. Fear not, This is my house and I am not going away anywhere. I will keep my word and give you the interview. Eat well and then we shall start.

I reluctantly sit down at the table. SPB gets a plate for me and places it on the table and asks me, what's your favourite breakfast?
Me: Upma
SPB: This is the first time I have heard somebody say that
Me: My mom is a great cook. Anybody who eats the upma she makes will start liking it
SPB: I am sure. All moms are. My mom too (he gives his signature ear to ear smile)

There is a tiffin carrier with a lot of food on the table and SPB puts a spoonful of Upma into my plate and says, 'No need to hurry, eat as much as you want and make sure you try everything here. They are delicious." to which I nod.

SPB: Are you a Telugu?
Me: No sir. I am a Kannadiga.
Then he switches to Kannada and suggests I try Pesarattu, a Telugu specialty
That was the first time I ate Pesarattu.
He waits patiently for me to finish my breakfast and then says, shall we begin?

THAT'S SPB FOR YOU! He was a star singer, the most sought after in the industry with a busy schedule but he is so grounded. I was bowled over by his humility and down-to-earth nature.

SPB starts with his Shankarabharanam days and then talks about how he broke into Bollywood. He literally uses the word 'break' because even to this day South Indians are made fun of for their Hindi accent and pronunciation.

SPB said that even though he tried his best not to let the mother tongue influence show, there were times when he would be told at the recording studios that it is easy for music lovers to know that the singer is not a North Indian.

But we all know better than to believe that. SP Balasubrahmanyam sir has breathed life into some of the best Hindi numbers, particularly for Salman Khan. 'Tere Mere Beech main' for Kamal in Ek Duje Ke Liye, Pehla Pehla Pyar hai for Salman Khan..the list goes on.

I remember SPB telling me that although he joined engineering course his love was for music as he was inspired by Md Rafi. He says, when I would cycle to my school I would hear Rafi songs playing on the radio and that would bring tears to my eyes. 'Such is the effect of great music and good singers,' he said.

Today, millions of SPB fans including me couldn't agree more. There are several occasions when tears welled up my eyes when I heard his songs. I asked him to sing one of Rafi songs and he sings "Deewana hua badal' from Shammi Kapoor's Kashmiri Ki Kali. To this day, whenever I hear the song I can only imagine how SPB had sung the song in his own style.

To say I am heartbroken would be an understatement. I still can't believe he is no more. But yes, he lives on through his songs and he will always remain my favourite. May his soul rest in peace.