Staying true to your roots

Founder of Swaraag, an Indo-Western fusion band, Pratap Singh, talks about his journey, collaborations and music over the years. 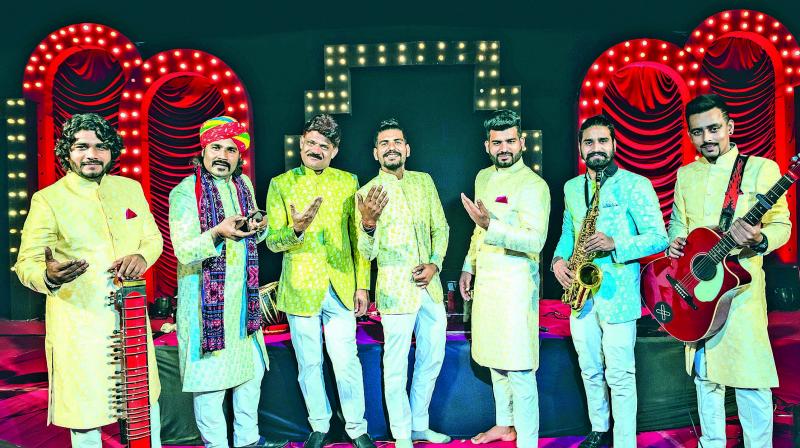 A file picture of band members from Swaraag.

Swaraag started their journey as an Instrumental Band in 2014 with four members. Soon, they realised that they needed a vocalist in order to create a bigger impact. “We included Asif Khan, the lead singer of the band and added a drummer to make it a more commercial sort of band. Once we started to perform, we understood our core strengths which included Rajasthani, Sufi and Instrumental music. We also added Bollywood melodies just to be in the race,” recalls Pratap Singh.

What makes the band unique is their usage of traditional instruments such as Khartal-Morchang and Zitar.

Talking about the challenges Swaraag faced, Singh shares, “There were lot of challenges we had to face during this journey; like at private functions people are unwilling to listen to classical artistes and they don’t usually invite bands like us. People would make their dislike for instrumental music obvious. And at college festival, students literally told us that they could not relate to our kind of  instrumental music. But our hope was not lost and we were waiting for a good opportunity which we got finally.”

The band also participated in  the reality show Rising Star (Indian season 3) where they were appreciated for their performance by the judges.

After being in the industry for over six years, Swaraag is now an established Indo-Western fusion band performing all over India.

Pratap feels that Indian music is fading out and people nowadays are adapting to pop and rock music, he shares, “People are switching to auto-tune and EDM music more. And I feel that anyone can sing with the help of autotune which is not fair for those who are good singers. This is why good music is dying.”

He concedes though that, “People do come and appreciate our performance, in fact, sometimes they get inspired too. But the next day, it is all gone as everyone is running after pop artistes and want to pursue western music instead,” he adds.