Entertainment   Music  26 Sep 2018  Daler Mehndi is back with a bang!
Entertainment, Music

Daler Mehndi is back with a bang!

The desi king of pop’s recent offering Bum Bum Bhole hits all the right notes. In a candid chat, he tells us more. 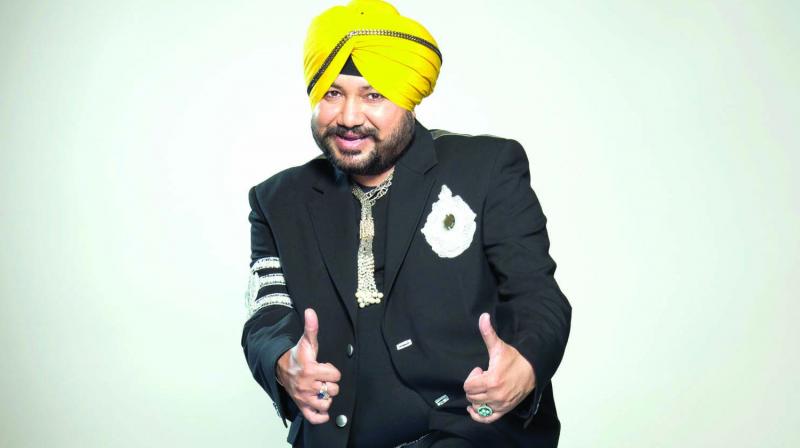 When one mentions singer Daler Mehndi, his trademark song Bolo Ta Ra Ra automatically comes to mind. It is next to impossible not to move on the beats of this peppy number.

Mehndi, who started his artistic journey as an independent musician, produced a series of continuous hits since 1995. In 1997, the song Na Na Na Na Na Re in Mrityudaata made him a Bollywood regular.

He recently worked his magic yet again with Bum Bum Bhole — the title track of Kashi. Post two decades in the industry, the Indian King of Pop equally enjoys working as an independent musician and a playback singer. “In an independent music, one has the liberty to play with the tune and lyrics of the film. But when you are working on a track for a particular film, the shots are called by the director. So, the artiste needs to do justice to the director’s vision which in itself is a huge responsibility,” shares Mehndi, adding, “In an independent music everything depends on the artist, unlike Bollywood songs where there are actors, choreographers who add to the song. And it is this very challenge that I love. So, I just can’t bring myself to choose one as both are equally challenging.”

While many singers look at the script or the director to decide if he or she wants to be apart of the film, Mehndi checks out the lyrics of the song. “It’s not the director or the actor who attracts me to a film, it is the song and how powerful the lyrics is. And if the song has a message to deliver,” shares Mehndi.

But this wasn’t the case when he decided to be apart of the film Sui Dhaaga. “It was Anu Malikji who requested me to be a part of the film though I didn’t really like the song Khatar patar as it was not a dancing song. Not really that powerful. But at times, being a part of the industry, one needs to be there for the ones who believe in you.”

Talking about the current wave of Punjabi music, the singing sensation of Punjabi music looks back at it in a synchronicity with his journey in Bollywood. “It all started with Sade Naal Rahoge followed by Na Na Na Na Na Re Na and once Punjabi songs started to be part of Bollywood films, there was no looking back. Since the process started with us, it feels great to see this music genre getting acceptance on such a level,” says Mehndi  as he signs off.