With Indian roots, Londoner Karl Lutchmayer feels strongly that Western music is bound to become mainstream in India in a few years. 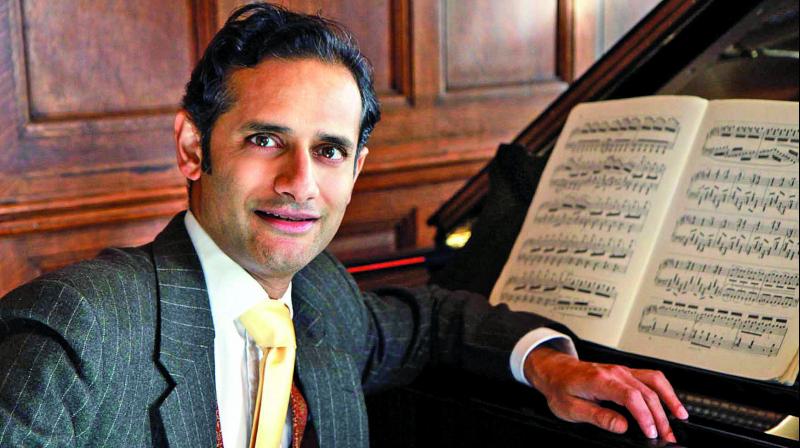 Born of Indian parents in London, Karl Lutchmayer is a globally-acclaimed pianist and has had an extraordinary career. Equally renowned as a pianist and lecturer, his innovative London lecture-recital series, ‘Conversational Concerts’, continues to garner critical and public acclaim. Karl is also a committed educator, having lectured at Trinity College of Music, London, where until recently, he was Professor of Performing Practice, and giving regular guest lectures at the Juilliard and Manhattan Schools in New York. “You know I had many passions as a child, including ballet and horse riding, but by the time I was about 10, music was definitely in the lead. Of course, at that time, I just liked to play concerts, but as I grew up I also enjoyed being a music academic, which is why I ended up as an academic professor,” says Karl when asked about when his interest in music began to blossom.

“I started playing the piano in 1975, and there has been no looking back since then. Whenever I can, I try to attend Indian classical performances, and even as a child I was entranced by Zakir Hussein, who I have now been fortunate enough to meet,” he admits.

“Ultimately we have to accept that all human societies have performed and listened to music, and that it is important to human interaction and seems to allow people to release and enjoy emotions vicariously. Sometimes the physicality of virtuosity is also, as you say, stirring, but this is a very surface condition and passes easily from the memory, whilst the emotional affordance may stay for a lifetime,” he quotes.

Upon being asked which is his favourite place in terms of his performance venue he replies saying, “There have been so many, including my debut concerts in London, New York, but perhaps my performance at the NCPA in Mumbai really stands out, and afterwards a tree was planted in the grounds as a memory which is now a fabulous reminder every time I play there.”

Being asked about how Western and Indian music blend together, he says, “Can Western music in India can become more mainstream in the years ahead? The answer to this is unequivocally, yes. The increase in interest over the last 10 years has been extraordinary and indeed Chennai now has the biggest music exam centre on earth! With so many students, gradually there will be more and more professionals, and each year more young people go off to the West to study (I have been fortunate enough to be able to help arrange places and scholarships for a number of them), and then return to perform and teach. Now, the last piece of the puzzle will be to create a conservatoire here of equal standard to those in the west, so that cost and international travel will no longer be a problem, and we can properly home-grow our Indian musicians.”

“Pursuing a passion never seems like work, especially when one can pass on one’s knowledge and experience to the next generation. But certainly it can be tiring, and so I have to make sure that I balance my life with time for friends,” he signs off.