Unnikrishnan KB an Indie musician talks about how such musicians still need to be recognised. 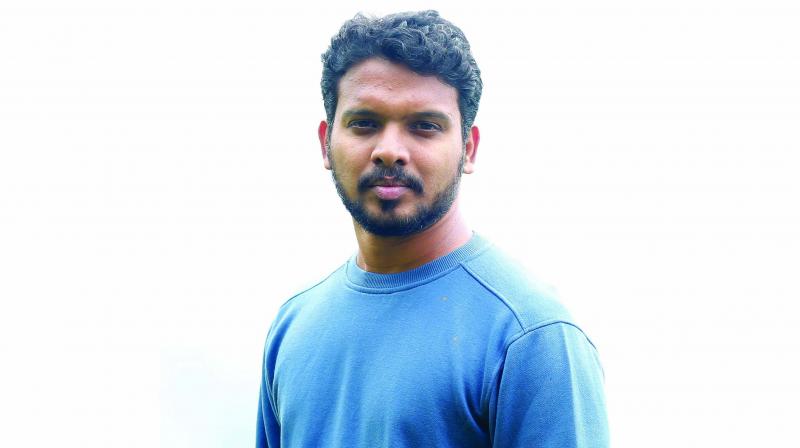 Everything about this Kochi-based singer-composer is unassuming, just like his songs.

Unnikrishnan KB is one of the refreshing new voices in south Indian music with a fan following that keeps up avidly as he transitions between light music, Carnatic concerts and alternative fusion. Unni continues the journey that he started at the age of seven, finding new horizons in the independent music scene with the same level of enthusiasm.

Everything about this Kochi-based singer-composer is unassuming, just like his songs.

For Unni, singing or composing should come natural and should follow some strict rules or styles. “Ever since I started learning music under the guidance of my master Chandramana Narayanan Namboothiri, music has been everything to me. Though I had tried my hand at professional singing after a few years’ learning, it was in 2009 that I started composing and singing professionally, though I am not a full-time professional singer,” says Unni, who is also an IT professional.

“The year 2009 was a memorable. With the help of my colleagues and friends, I composed songs, when I was in Hyderabad. It was very amateurish and had some errors. But the knowledge in Carnatic music helped me. In the meantime, I was also following and attending Hindustani music sessions.

Music lovers know him as a Carnatic vocalist, and a seasoned composer. He draws in a cross-section of audiences in each of these spheres – from underground live performances to his online music platforms where he uploads his compositions.

But now, the singer has widened his area of work and has been composing albums, singing, arranging music for advertisements and also doing music for some short films.

Singing immediately inspires us and awakens the slumbering soul in us. And for Unni, there should be something that moves him or inspires him to compose a song.

He just doesn’t do it for the sake of composing. Unni says he has a philosophy and working on independent music has given him so much freedom, unlike film songs.  “So, for the same reason, I am still not used to commercial songs, but I’m not against it either.”

But what inspires him to compose a piece? “When I sing or compose, I try to communicate with myself and then the audience. Composing, for me, happens momentarily. One of my hit songs, Chalta, Chal tu was inspired by a tragic incident which happened to a boatman I met when I was visiting Varanasi.

The song is about the boatman’s plea to River Ganges. He lost his wife and daughter in a flood and while I was on-board, he was singing to the holy river. This inspired me and thus I composed Chalta, Chal tu.”

Unni has more than 35 original songs to his credit and has been producing them under his own label. He is also working in association with other contemporary artiste, touring around South Indian cities for live gigs and recordings.

Unnikrishnan is of the opinion that independent music is still under the shadow of the film-bound music industry and there needs to be a change in the attitude of the audience towards indie music and artists.

“Our indie musicians are still not getting the credit they deserve from society but definitely, things are changing now.

I’m still a techie and would like to fully focus on music one day and leave my footprints in the industry,” he wraps up.