Salil Bhayani’s music adds the right feel to video games set in Colonial India. The composer talks of his inspirations and aspirations 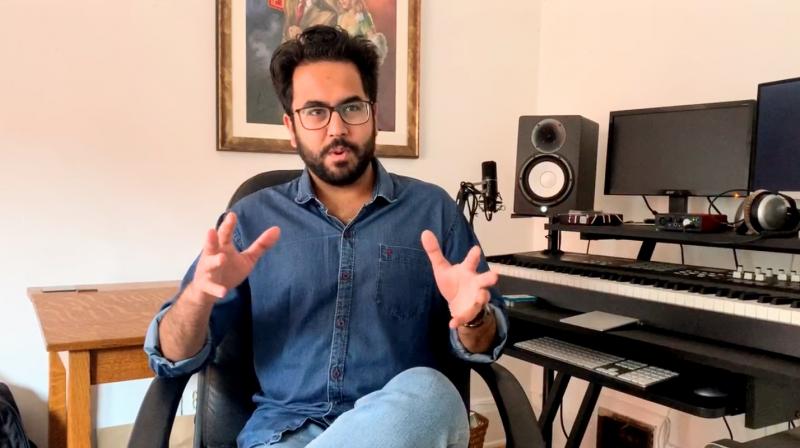 For years, Indian musicians have been working to revive the classical music of the region and make audiences across the globe aware of its beauty and history. Whether it is collaborating with foreign musicians for fusion performances, or creating Indian tunes for western movies, Indian musicians have done it all. And now, 31-year-old India-born Los Angeles resident Salil Bhayani has given a desi touch to Studio Oleomingus video games set in re-imagined colonial India, through his music.

After music maestro A.R. Rahman, Bhayani is considered the most talented composer from India. “We all owe so much to A.R. Rahman. The great master revived Indian music and brought it into worldwide prominence and I am trying to do the same,” says Bhayani, who was among those who starred in the grand Berklee concert honouring Rahman at Boston’s Symphony Hall. “There I realised how much I love and cherish the Indian musical heritage and how deep and rich it is,” says the musician.

For Bhayani, it all started at the age of five, when he began learning Hindustani classical vocal music from his grandfather back in India. “I remember sitting with a notebook in which he had written out the material he was teaching me,” recalls the composer. Following his initial training, Bhayani moved to Berklee College of Music in Boston, before shifting base to LA and scoring for television, films and video games. “My college days at Berklee became a turning point for me. I learnt many world views deeply influenced by Indian music,” he shares.

For this project – history-themed video games – Bhayani, as lead composer, has created haunting, harmoniours and beautiful melodies, nervy rhythms and eerie tunes to bring to life stories from Colonial India. “I was hoping that these video games can become sites of powerful democratic discourse, and an archive for places of entangled heritage,” he explains and adds he wanted to strike a balance between visuals and music. “I kept a mature international audience in mind,” he reveals.

As of now, Bhayani expects his work to be part of the US exhibition in 2021, as most Studio Oleomingus games are part of interactive art exhibitions around the world. “I am anticipating a cultural interface between the real post-Coronavirus and imaginative world of the mysterious pre and post-colonial India,” he says.

His work for this video game is already winning him accolades from the music fraternity. One of Bhayani’s past projects, a short film titled The Color of Me, is based on border issues and racial identities. “I believe unresolved questions of one’s individual and collective past are unquestionably linked,” says the musician, who won the Best Score award at The Dreamacine International Film Festival in the US.

Bhayani reflects on his success with philosophical detachment and humility. “We as musicians often forget our role in the bigger picture as contributors to a story, and my endeavour is to be just that – a contributor,” he says in conclusion.