Making music on the move

This girl said Mumbai is so expensive that the only way to be comfortable here was to marry a rich guy. 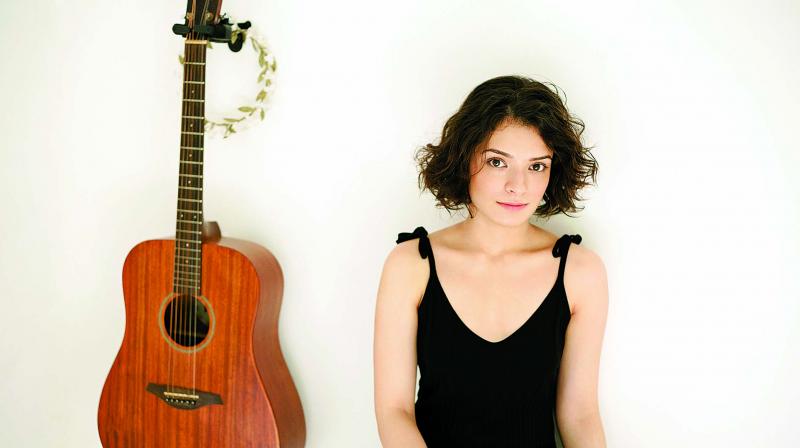 Mali, officially Maalavika Manoj, grew up in Chennai all her life, but wanted to move to a new place.

The move to Mumbai had been a challenge she gave herself. Mali, officially Maalavika Manoj, grew up in Chennai all her life, but wanted to move to a new place. It’s been over a year now and she’s quite content with her decision. Mumbai has given her stories, encounters, and experiences to write songs about. And now, days after the release of her debut EP Rush, she shares some of those stories.

“Yes, there are stories,” Mali says as she talks about her track Poor Girl’s Dream, which was inspired from her move to Mumbai. “I met a whole lot of people who moved here from different places. A conversation I had with one of these people was the inspiration for the song. This girl said Mumbai is so expensive that the only way to be comfortable here was to marry a rich guy.  At that time, I was a new kid on the block and I didn’t know the language, the city or anything else. So I felt ‘poor’ in my knowledge of the place and I was constantly approached by people who seemed to know the city well, who were ‘rich’ in that sense.”

Another track titled Changed Situations is about making and losing a friend.  “There’s one person I wish I remained friends with and the song is about that person,” Mali says.

Rush became the name of the EP because she already had a song called Rush on the list and it seemed to be the resounding theme for the entire playlist. “In a way, it was not just about getting a ‘rush’ from doing what you love, but it also had to do with moving to Mumbai, a place where there’s a constant ‘rush’ everywhere; a hurry to get stuff done. But I like to take the time to appreciate each and every little thing about the journey to get somewhere. So thematically it’s got to do with moving to a new city and making a name for yourself.”

Rolling Stone had called her music acoustic pop, but she thinks it has a lot of country and folk influences too. And yet somewhere, you end up hearing a Madonna touch in her singing, especially in Poor Girl’s Dream. “I do listen to a lot of old school pop. A lot of that finds its way into my music,” she says. Dreaming, the fourth track, was originally released as a single, and then there is Sooner or Later about another universal theme — break-ups.