A series of extraordinary performances

Actress Anupria Goenka, most known for her role in Criminal Justice, shares her plans for 2021 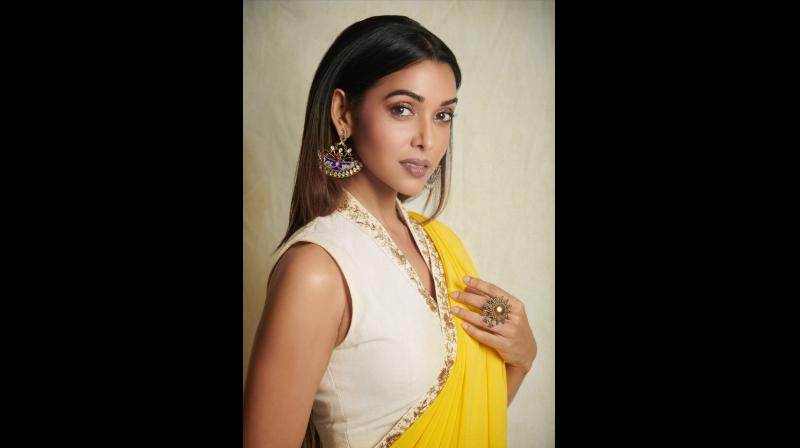 The year 2020 and the pandemic restrictions may have brought Bollywood to its knees but it shone on OTTs and its mostly gritty content. Thriving with the OTTs’ boom has been actress Anupria Goenka, whose performances in web series such as Asur, Aashram 2 and Criminal Justice 2 took everyone by surprise. Criminal Justice, which was a runaway success, even made Anupria a household name while bringing to the fore a hard-hitting reality of present day — marital abuse. The success of the show so compelled Hotstar Specials that it decided to launch another season of the series, titled Criminal Justice: Behind Closed Doors.
While reiterating the important issues that the show has addressed, Anupria recollects her experiences on the show. “It was beautiful, especially because it was the first time that I was reprising a role — Nikhat’s,” she tells us. “Criminal Justice: Behind Closed Doors is a very important series and is very close to my heart because of the issues it addresses. It’s about patriarchy across all social strata.”
The actress also points out how gratified she feels about the many people messaging her, sharing their understanding of the crux of the series. “I have even received messages from women who have gone through the abuse in real life, appreciating our effort to change the society,” she adds.

Between the OTT and the silver-screen
Anupria, who was seen in films such as War, Padmaavat and Tiger Zinda Hai, believes OTT platforms allow a lot more breathing space. “I believe both the platforms are great on their own, but OTTs allow the character graphs to grow. The shoots are longer, enabling greater team bonding and character elevation,” she points out.
That’s not to say she doesn’t have fun while shooting films, she interjects. “For instance, while shooting for Tiger Zinda Hai, I had a lot of fun and have some fond memories, having made besties with my co-actors,” she tells us. Then she adds excitedly, “Moreover, it was my first shoot abroad and that too with Salman Khan, someone who has a very interesting aura. Similarly on the sets on War, it was a totally different experience. While it was ‘fun unlimited’ with Tiger Shroff and Hrithik Roshan, we were simultaneously all completely dedicated on the sets.”
Be all that as it may, Anupria still believes that — no matter what the platform — the script has a lot to do with how the actors portray their characters.

Miles to go and trolls be gone
Having worked with the top names of the industry, including Salman Khan and Hrithik Roshan, Anupria, who has a movie slated to come out this year, feels that as an actor, she still has a lot more to do in terms of content.
“I want to do roles that have a lot of meat in terms of a huge graph of different emotions and characterisations. I want to do comedy, even dark and rural characters as well as period drama,” she elaborates. “For now, I’ve to shoot for Asur 2 and Aashram Season 3, which will also release soon. Then, I have another series about which I am super excited.”
Then while talking to us about her contributions to society through her work, Anupria points out how she deals with trolls on social media. “In the past few years, I’ve voiced my opinion on certain things that mattered to me and, yes, I did face moderate trolling. But I take it as it comes and do not let it get the better of me,” she says simply. “I believe social media is a place to agree to disagree, to give each other space to have a dialogue. Everybody can have an opinion and it’s good to have a discussion. In fact, I believe social media can be a beautiful place to connect with each other.”