KBC 11: Cat had a great time with Amitabh Bachchan; Big B tweets pics

After seeing a cat on the set, Big B couldn't control himself and clicked some pictures of it. 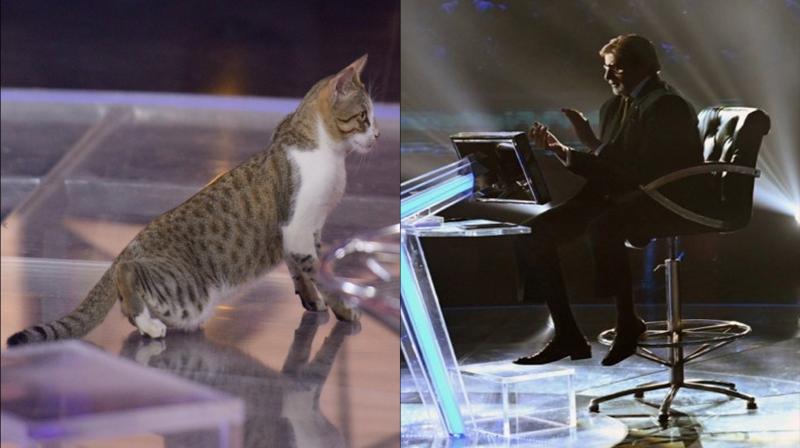 Mumbai: Amitabh Bachchan hosted Kaun Banega Crorepati season 11 has always been creating headlines amongst the masses. Right from Sonakshi Sinha not knowing Ramayana to a contestant giving hilarious reply over a question about dating app Tinder, the show has been entertaining viewers.

And now, yet another incident happened on the sets of KBC 11 which would leave you in splits. Recently, a cat appeared on the sets of Kaun Banega Crorepati amidst shoot. After seeing a cat on the set, Big B couldn't control himself and clicked some pictures of it.

In the pictures, one can see how a cat innocently sprawling on the floor. The adorable kitty chilling like there is no tomorrow. Well, the pics went viral on the social media and netizens can't control themselves from reacting to the same.

Aawwww...who is this lil sweetheart????