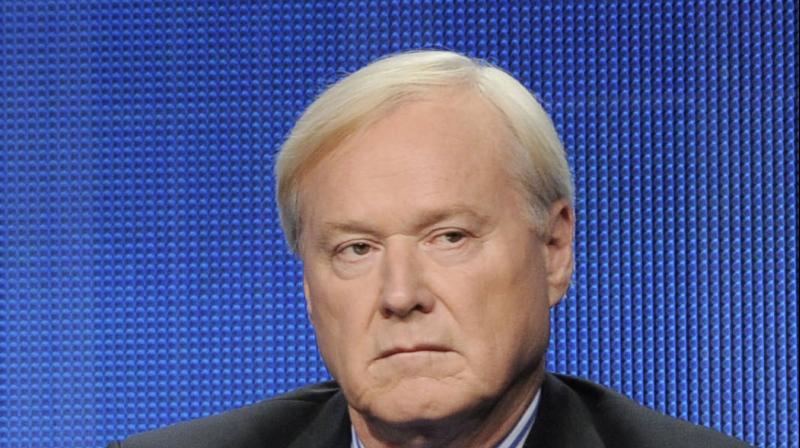 MSNBC 'Hardball' anchor Chris Mathews who announced his retirement on air after sexual harassment allegations against him. (AP)

New York: Veteran US television anchor Chris Matthews announced his retirement live on air and apologized for his conduct after sexual harassment claims and a public backlash sparked by his election coverage.

Matthews spent decades grilling political leaders on his nightly political talk show Hardball but found himself in the spotlight after a former guest accused him of regularly making inappropriate remarks.

The host's behaviour had "undermined" political columnist Laura Bassett's ability to do her job, she wrote in a GQ magazine article last week.

Bassett chronicled several harassment allegations levelled at Matthews over the years, including a reprimand issued by his employer MSNBC three years ago for inappropriate comments about a female colleague in 1999.

"I decided tonight will be my last Hardball," Matthews said in a monologue that opened his programme Monday.

"Compliments on a woman's appearance some men, including me, might have once incorrectly thought were okay, were never okay... For making such comments in the past, I'm sorry," the 74-year-old added.

Matthews departed the set during a commercial break, leaving a colleague to anchor the rest of the show.

He had already been planning to retire but "events of the past few weeks" had brought forward the host's departure, the Wall Street Journal reported.

The anchor was forced to apologize in recent days after comparing a recent primary victory by Democratic presidential candidate frontrunner Bernie Sanders to the Nazi invasion of France during World War II.

He was also criticized last week for asking Elizabeth Warren why she believed a woman who had accused fellow presidential candidate Mike Bloomberg of pressuring her to seek an abortion. Bloomberg has denied the allegation.