The contestants came across a task called 'Bigg Boss hospital' which involved doctors torturing their patients. 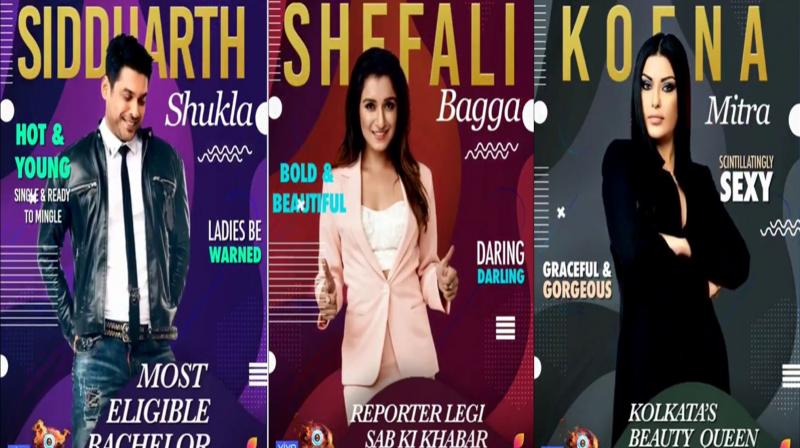 Apparently, the contestants came across a task called 'Bigg Boss hospital' which involved doctors torturing their patients. Well, some contestants played the game sportingly, some others played it dirty.

Amongst all, Siddharth Shukla and Koena Mitra, who were patients in the task, won everyone's heart for their maturity in the task. However, doctor Shefali Bagga is getting bashed on social media for playing a dirty game.

Shefali tortured Arti Singh and Rashami Desai by taking a dig at their personal issues.

Here are the praises for Siddharth and Koena:

#SiddharthShukla just nailed the task. Hats off to himbfor sitting there and suffering that torture without complaining that this is wrong or that is wrong. Star of today's episode till now. #BiggBoss13 #BB13 #BB13OnVoot

#SiddharthShukla
This one pic tells the story .
One task and everything has changed 😍.he will gain surely many a fans today who are searching for a power pack favourite 👏 he is will be the one and he officially declared his arrival #BiggBoss #Biggboss13 pic.twitter.com/AkmKvPHskB

No Drama No outrage No Sympathy card no Natak...You Just nailed the Task .. you beauty man #SiddharthShukla

Yes, He is a sweetheart & a matured man like Hiten & Gaurav. He also knows how to nail the task without any drama🔥 #SiddharthShukla U got a fan officially. This man is a complete package😍

& Haters be prepared for a tough competition😉#BiggBoss13

I am liking #KoenaMitra now . She is a strong lady...no unnecessary drama, no shouting , no faltu talks.

Straight , to the point talk 👍😊#BiggBoss13

AND IF this week’s eviction is in Salman’s hands, I HOPE he doesn’t let her go.

#ShefaliBagga is nihayati besharam , evilish, dumb and mannersless person who can go to any extent to fulfil her desires #BB13#BiggBoss13