The eight-episode series, to release in 2022, will explore the personality and family relationships of the three-time Formula 1 champion. 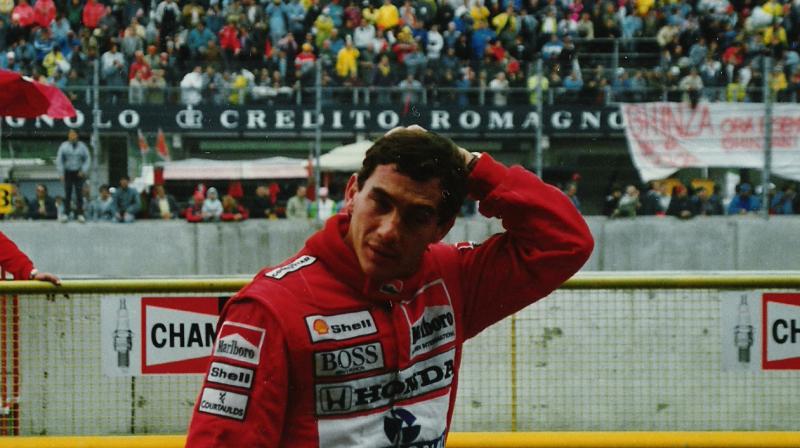 The Netflix mini-series will start with Ayrton Senna's career debut, when he moved to England in order to compete on the F1600 and end with his death at the 1994 accident in Imola, Italy, during the Grand Prix of San Marino. (Photo | Gabriele)

Los Angeles: A fictional mini-series based on the life of Brazilian racing legend Ayrton Senna da Silva is in the works at Netflix.

The eight-episode mini-series is described as an invitation to explore the personality and family relationships of the three-time Formula 1 champion.

According to a press release issued by the streaming platform, the series will start with Ayrton’s career debut, when he moved to England in order to compete on the F1600.

It will go on to explore Ayrton’s overcoming trajectory, mismatches, joy, sadness, everything will be there while the show portrays the man behind the myth. The story culminates in the tragic 1994 accident in Imola, Italy, during the Grand Prix of San Marino, where he died.

The series will be produced by Brazil’s production powerhouse Gullane for Netflix with active participation of the Ayrton’s family.

“It is very special to be able to announce that we will tell the story that only a few people know about him.

“The Senna family is committed in making this project something totally unique and unprecedented. And no one better than Netflix, that has a global reach, to be our partner,” said Viviane Senna, Ayrton’s sister.

The series will be shot in English and Brazilian Portuguese and is set to launch in 2022.