Hasan Minhaj was 'threatened' as a kid about Manipal Medical college; read why

At one point in the show, Minhaj was asked about the best advice he received from his parents. 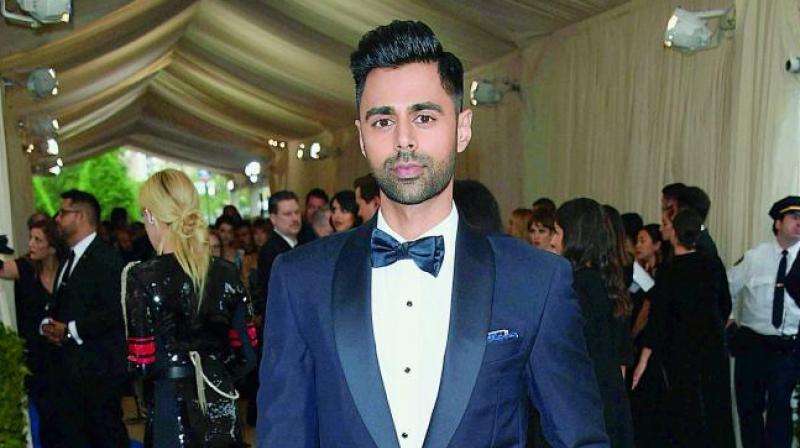 New Delhi: Indian-American comedian and political commentator Hasan Minhaj has revealed that his father used to "threaten" to send him to a Medical College in Manipal when he used to do comedy as a child.

The "Patriot Act" host recently sat down with his parents to answer questions posted by fans on a popular facebook group Subtle Asian Traits. At one point in the show, Minhaj was asked about the best advice he received from his parents.

Minhaj's dad answered saying that he once advised his son to "not go to the medical school", to which the latter laughed and intervened saying "You threatened you will put me in Manipal".

Expanding on the anecdote for the viewers, Minhaj said, "People in India who are watching, you know the Manipal Medical school. I was doing comedy and you (turning to his dad) said that I would be sent to Manipal and they had bars on the windows."

"Anyone who is going to Manipal Med school, I pray for you," Minhaj jokingly added.

At this point, Minhaj's father added that once he actually visited the college during a trip to India, and was determined never to send his son there. "I was scared, you see." The nearly 15-minute episode saw Minhaj's parents spilling stories such as what their son was as a kid, when they've been most proud and most disappointed with him, what they think of his career today.