No one wants to see me come back on 'Game of Thrones': Ed Sheeran

The singer reveals that he wanted to be a cameo in it, and enjoyed after shooting for the much debated part. 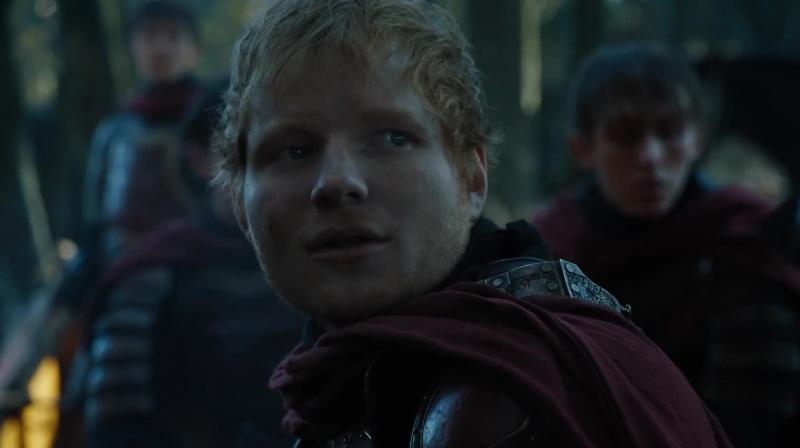 Ed Sheeran in a still from 'Games of Thrones.'

London: Singer Ed Sheeran said he would not want to return on 'Game of Thrones' as no one wanted to see him again on the show.

The 26-year-old musician made a fleeting appearance in the seventh season premiere episode of the HBO series as a Lannister soldier, who had a chance encounter with real-life friend actor Maisie Williams' Arya Stark.

Sheeran said although he enjoyed his screen time on 'GOT', he would not want to come back on the show, reported FemaleFirst.

"No one wants to see me come back. I wanted to be a cameo in it, and I've done the cameo. I'm cool with it, though. I enjoyed it," he told MTV News.

The 'Shape of You' hitmaker received a mixed response for his small role.

The director of the show, Jeremy Podeswa and actor Sophie Turner came out in his defence.