HC seeks response from central government and the streaming platform on a plea by the PNB scam accused on dismissal by lower court. 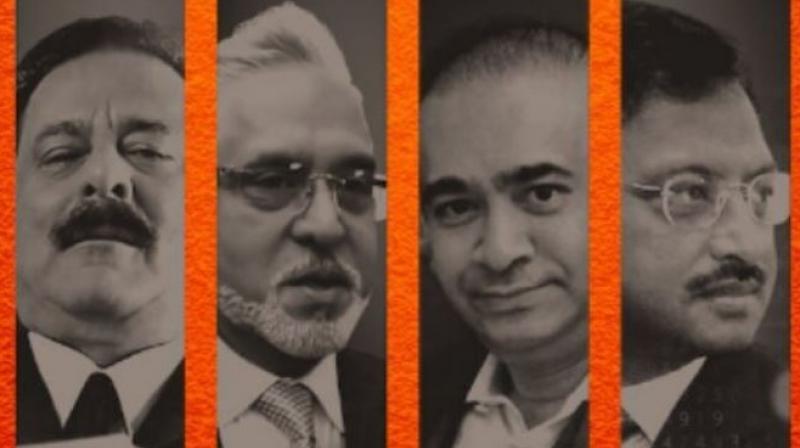 Mehul Choksi’s lawyer contends that there is a two-minute footage about Choksi in the series ‘Bad Boy Billionaires’ that shows him in a bad light and could affect the various proceedings against him in India. (Photo | Instagram - whatshappening.ent)

A bench of Chief Justice D N Patel and Justice Prateek Jalan issued notice to the Centre and Netflix and sought their stand by September 23.

Advocate Vijay Aggarwal, appearing for Choksi, said he was only seeking that the matter be remanded to the single judge who had dismissed the plea.

The single judge had on August 28 denied relief to Choksi, saying a writ petition for enforcement of a private right was not maintainable.

The high court had said his remedy lay in a civil suit and granted him the liberty to raise the issue therein.

During the hearing held via video conference on Monday, Aggarwal contended that there is a two minute footage about Choksi in the series which allegedly shows him in a bad light and therefore, could affect the various proceedings against him in India.

Netflix opposed the plea, saying it was not maintainable as the high court has in the past held that over the top (OTT) or internet video streaming platforms cannot be regulated and the only option was to file a civil suit.

It also said there can be no pre-censorship in the form of a preview or pre-screening of the docuseries as the same would be violative of the freedom of speech and expression.

When the bench questioned whether the docuseries has been stayed, Netflix said that two individuals—B Ramalinga Raju and Subrata Roy Sahara—who also find mention in the docuseries have obtained stays from courts in remote corners of the country and appeals were being readied to be filed against the same.

Sahara obtained an order from a local court in Araria in Bihar restraining Netflilx from using his name in the series.

Netflix challenged the order in the Supreme Court which declined to entertain it, but gave the OTT platform the liberty to approach the appropriate forum in appeal against the lower court’s order.

Thereafter, a civil court in Andhra Pradesh restrained Netflix from airing the series on a petition by Raju who was convicted in the multi-crore accounting scandal of Satyam Computer Services Limited.

Choksi, the promoter of Gitanjali Gems, and his nephew, Nirav Modi, are accused in the Rs 13,500-crore Punjab National Bank (PNB) fraud case.

Choksi left the country last year and was granted citizenship of Antigua and Barbuda.

The documentary, which was scheduled for release in India on September 2, was promoted by Netflix as: “This investigative docuseries explores the greed, fraud and corruption that built up - and ultimately brought down - India’s most infamous tycoons”.

In the petition before the single judge, Choksi claimed he has been falsely accused of various crimes in India and is presently under investigation or standing trial by and before various authorities and/or courts.

“The petitioner is entitled in terms of Indian law, that is, Article 21 of the Constitution of India to a presumption of innocence and a free and fair trial. Reputation being a facet of a person’s life, the petitioner is also entitled to a right to a reputation,” it had said.