Entertainment   TV  09 Sep 2020  'Keeping Up with the Kardashians' ending after 20 seasons
Entertainment, TV

'Keeping Up with the Kardashians' ending after 20 seasons

Upon its debut, the show was an instant hit among the viewers and became a pop culture sensation 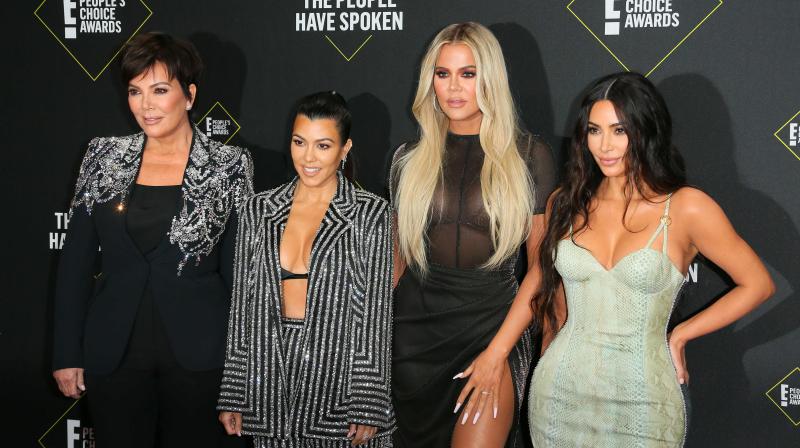 (L-R) Business women/media personality Kris Jenner, Kourtney Kardashian, Khloé Kardashian and Kim Kardashian arrive for the 45th annual E! People's Choice Awards at Barker Hangar in Santa Monica, California. - Fans will have to find another way to keep up with the Kardashians, as the mega-celebrity family announced on September 8, 2020 that their reality show will end next year. "It is with heavy hearts that we've made the difficult decision as a family to say goodbye to Keeping Up with the Kardashians," Kim Kardashian wrote in a post to her 188 million Instagram followers. (AFP)

Los Angeles: "Keeping Up with the Kardashians", one of the longest-running American reality series, is finally coming to an end.

The show, which made Kim Kardashian and Kylie Jenner overnight stars, will conclude in early 2021 after running for 20 seasons.

"It is with heavy hearts that we've made the difficult decision as a family to say goodbye to 'Keeping Up With the Kardashians'," Kim Kardashian wrote in a post to her 188 million Instagram followers. .

"After what will be 14 years, 20 seasons, hundreds of episodes and several spin-off shows, we've decided as a family to end this very special journey. We are beyond grateful to all of you who've watched us for all of these years  through the good times, the bad times, the happiness, the tears, and the many relationships and children," she added.

Kim further said that she will "forever cherish" the wonderful memories she made during her show's run.

"Keeping Up with the Kardashians", which first aired in 2007, focuses on the personal and professional lives of the Kardashian-Jenner family.

It mainly focused on sisters Kim, Kourtney and Khloe Kardashian and their half-sisters Kendall and Kylie Jenner. The show also featured matriarch of the family, Kris Jenner, and Kourtney's on-off boyfriend Scott Disick.

Kris' ex-husband, Bruce (now Caitlyn) Jenner was on the show until their divorce in 2015.

Upon its debut, the show was an instant hit among the viewers and became a pop culture sensation. It catapulted the family to fame that helped them venture into fashion and beauty businesses.

Kim said that the show, which ran on E!, played an important role in her life.

"Without Keeping Up with The Kardashians, I wouldn't be where I am today. I am so incredibly grateful to everyone who has watched and supported me and my family these past 14 incredible years."

"This show made us who we are and I will be forever in debt to everyone who played a role in shaping our careers and changing our lives forever," she added.

Tags: keeping up with the kardashians, kim kardashian