After Urvashi Dholakia, the credit goes to Raveena Tandon who recently had a spat with host and actor Maniesh Paul 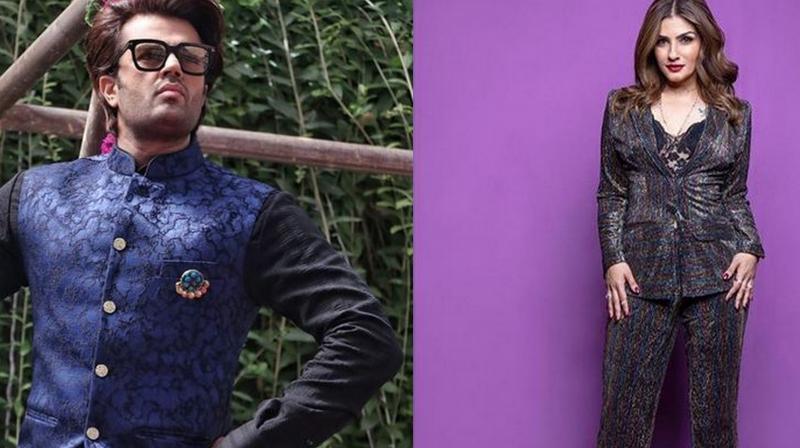 Mumbai: Nach Baliye season 9 is creating a lot of buzz these days and fans are getting extra dose of entertainment everytime they watch it on TV. After Urvashi Dholakia, the credit goes to Raveena Tandon who recently had a spat with host and actor Maniesh Paul on the show. But do you know what exactly happened?

As per the latest reports, there was a sea of miscommunication on the sets of the Nach Baliye season 9. A source close to the news development said, “He made a face when Raveena was right in front of him and she assumed he made that face for her. This infuriated Raveena and she said ‘Can’t do this anymore’ before storming to her vanity van.”

Reportedly, Maniesh was seen rushing towards his vanity van, and the shooting was halted for an hour. Both the actors had to be pacified and consoled before commencing the remaining segment.

The ‘Mohra’ actor also slammed Urvashi Dholakia aka Komolika from 'Kasautii Zindagii Kay' as she accused Raveena and choreographer Ahmed Khan of being biased towards certain contestants on the show. Urvashi told this after she was eliminated but later re-entered as a wild card.

In the video, this was the quoted conversation, “Opportunity di gayi hai yahaan aap logon ko. Baahar jaake ulta seedha bolne ka koi haq nahi hai (You have been given an opportunity. You have no right to make uncivil statements outside the sets),” Raveena says in the video. Urvashi replies, “Iss manch pe bolne ka mauka kabhi mila hai kya (Have we ever had the opportunity to speak on this stage)?” Ahmed Khan, who is also a judge, says, “She (Raveena) is speaking. Let her finish.”

In an earlier interview with Bombay Times Urvashi along with ex Anuj Sachdeva said, “How can a couple be consistently moving up the scoreboard and yet be at the bottom four times in a row? Is this a dance show or a popularity contest? And if we are being judged on popularity, then I am not ready to believe that 35 years of work leads to a low fan base. Where’s the score board to show where each of us stands when it comes to audience’s votes plus judges’ scores? If the show was all about young couples, then why bring us in? If you have brought us on the show, then why the partiality?”

Produced by Salman Khan, Nach Baliye airs on Star Plus. The theme this year was the reunion of celebrities with their ex’s.