We were agonisingly close to wrapping but lockdown beat us, Lucifer's Tom Ellis says

As much as 60 per cent of season five's finale is yet to be shot, the actor said, unsure of when shooting would resume. 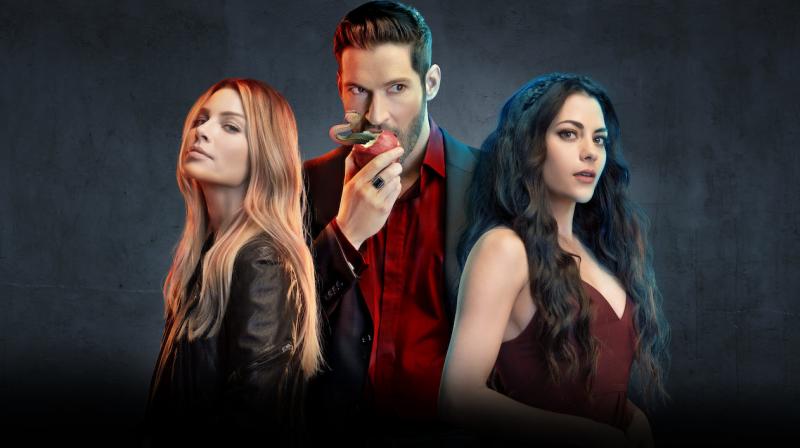 Ellis will be back as the fallen angel based on the DC Comics character on August 21, when the first half of season five will drop on Netflix. (Photo | Netflix)

Jakarta: Actor Tom Ellis has revealed the team of fantasy television series “Lucifer” is yet to film “60 per cent” of its season five finale. Lucifer was renewed for a fifth and final season by Netflix and the streamer later added six episodes, increasing the final count to 16.

Ellis will be back as the eponymous fallen angel in the show based on the DC Comics character on August 21, when the first half of season five will drop on the streaming platform.

Production on the second half of the final chapter was suspended in the wake of the coronavirus pandemic.

“We were agonisingly close to wrapping but lockdown beat us. We still have 60 per cent of our season five finale to shoot,” Ellis told the Indonesian magazine DA MAN.

The 41-year-old actor was unsure when shooting would resume, but said the cameras would start rolling with all the safety precautions and protocol in place.

“With the restrictions, everyone has to take their turn to do their job, so it’s going to have a big knock-on effect to how much we can physically shoot in a day.

“It’s going to be challenging to say the least. We’ve had to find a way to stay safe whilst remaining productive. Film sets are usually a hive of activity with people constantly making adjustments and last-minute tweaks in small, confined spaces,” Ellis added.

Last season of the show ended with Lucifer back on the throne of Hell.