Says Constance Zimmer, who plays a badass executive producer in the show, UnReal. 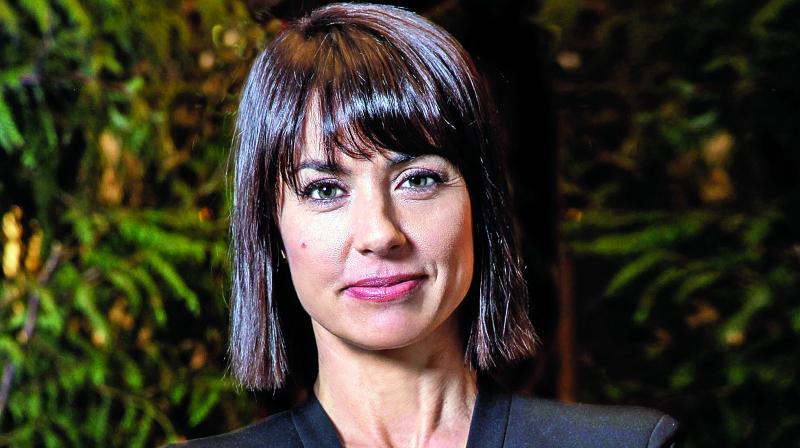 Though Season 3 of UnREAL, the american drama about a dating show Everalasting has been pushed to next year, the expectations among fans to see the first-ever female suitor in the fictional reality show, has not taken a hit. Constance Zimmer, who got a Emmy Nomination and has won the Critic’s Choice Award for playing the show’s lead character, the formidable executive producer Quinn King,  in a freewheeling chat opens up about what’s in store for the third season and much more...

Q How is Quinn King evolving in the third season and what will be the major change in her character in the upcoming episodes?
I would say Quinn will be unravelling a little more than she has in the last seasons, which to me was a scary thing to do. Yes! I was excited to do it because I don’t believe somebody can pull off such schemes without having them affect her. And because of what happened in the second season and the death at the end, I was excited that we would be able to show how it affects her, how she deals with it and struggles to still be on top and in control.

Q In House of Cards, you played a journalist, in UnReal you are an executive producer; what kind of research goes on behind your characters?
I don’t do a lot of research; I have a very selfish reason for that. I don’t want anyone to claim that my character was inspired from them! I am also one of those weird actors for whom, many a time, the characters come in when he/she is in the wardrobe. Sometimes, it happens when I get my hair done, or during make-up, and when Constance disappears. So, a lot of my research lies in me and how I develop with what I am given. Mind you, if I end up doing a role in history, I will take back my words and do more research (laughs).

Q How does Constance Zimmer look at Quinn King?
Oh! She terrifies me. More often than not, I look at the script and wonder how am I going to make it believable. Those are always the challenges for me, which makes playing Quinn fun. I am constantly in shock at what I am given to do. I have even fought for the things that were on the pages saying, ‘I am not going to do that, I don’t know how to make that work’.

But, at the moment, when they say action, something takes over and I don’t question Quinn or the things that come out of my mouth. I have to remove the Constance part of me, the part which questions a lot about the things that we are allowed to say. Quinn doesn’t! 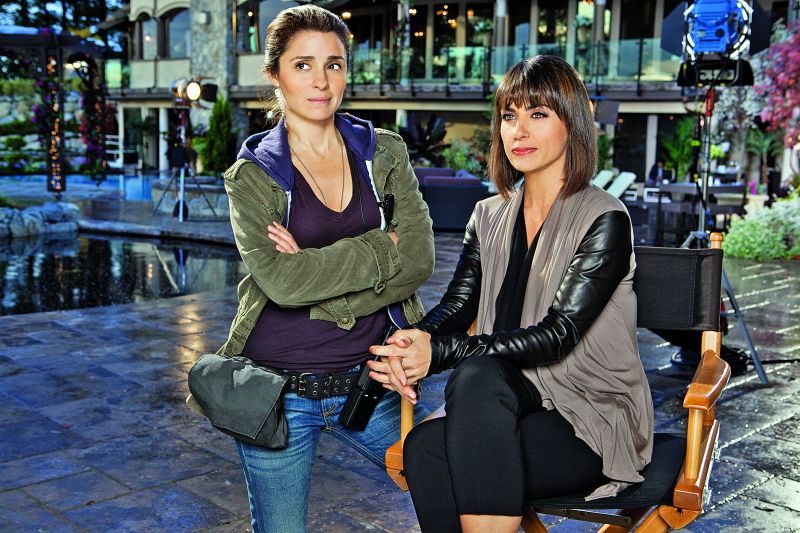 Shiri Appleby and Zimmer from UnReal

Q You once said the soft part of Quinn comes from constance, so where does the tough and scheming part of her come from?
I wonder myself. Does it come from feeling alone, struggling about who you are or what you are going to do with your life? I really don’t know. That’s the frightening thing about her. I have never raised my voice to anyone in my life ever, so I think Quinn is the best therapy I’ve had in life (laughs).

Q Did you think at the outset that this character was going to get the critical acclaim that it has got now?
No, I had no idea. I was just hoping that people would watch this show. I never ever thought that I would be nominated for an Emmy, let alone win the Critic’s Choice. That was beyond anything I had hoped for the character and the show.

Q You have directed an episode in season 3, how was it to be on the other side of the camera?
It was amazing. I had so much fun! I was also unbelievably exhausted. It was hard to turn off Quinn, and be Constance, the director. There were few times when I had to yell across the room, and I was dressed as Quinn and in her mode. Everybody started laughing that Quinn is actually directing in real now. It was very very weird for many.