The spy thriller has been produced by Shah Rukh Khan and features Emraan in a never-seen-before avatar as a daredevil RAW agent. 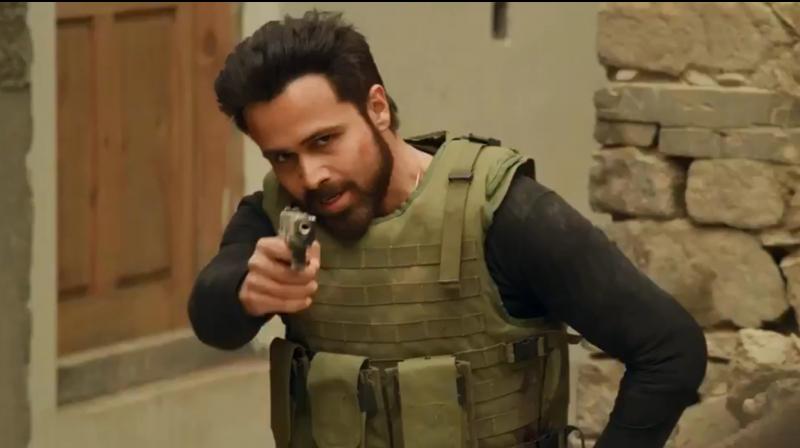 New Delhi: Netflix India has finally released the trailer of the upcoming spy series 'Bard of Blood', starring Emraan Hashmi in the lead role. The spy thriller has been produced by Shah Rukh Khan and features Emraan in a never-seen-before avatar as a daredevil RAW agent. The show is set to stream on September 27.

The 'Why Cheat India' actor has played a handful of roles throughout his career. The movie buffs have seen him play the role of a romantic heartthrob, a reckless con man, gangster, and even a star athlete. But none of these parts compare to his character from the upcoming spy thriller series.

The two-minutes 30 seconds trailer opens in Balochistan, where a terrorist appears to be sanctioning the execution of Indian spies. Rajit, who seems to be playing the role of a government official, demands that they send in their best man, who is none of than Kabir Anand (Emraan).

Emraan's character, after rising tensions between India and Pakistan, is moved from his job as an English professor and is sent into action as Adonis, the name that he used when he was a RAW agent.
The trailer then reveals that Emraan's character was dismissed from duty after a mission's failure and he still feels haunted by his failure. However, that does not stop him as he embarks on a rescue mission with just two others, courageous analyst Isha (Sobhita Dhulipala) and a sleeper agent Veer (Vineet Kumar).

They take on a covert mission in Balochistan when four Indian spies are captured. High on action with a peppy soundtrack, the series looks promising. The series' trailer also teases power-packed action scenes, suspense, drama, and thrill to keep the audiences glued to the screens.

Most of the action scenes seem to be set in the highlands of Pakistan, as the central trio of Indian spies infiltrate the territory. And there is also a hint of personal back story, especially in Kabir's relationship with Jaideep Ahlawat's character, who seems to be some sort of double agent.

The trailer takes viewers through a series of chases and face-offs, with some internal disputes between the trio. However, there is no sign of SRK in the trailer, dispelling rumours that he may have a cameo in it.

Earlier the promos of the upcoming series had seen SRK face-off with Emraan in an interrogation room, with both the actors locked in an engaging repartee. The thriller web series is based on a 2015 novel of the same name by author Bilal Siddiqi. Helmed by Ribhu Dasgupta, the eight-episode series will stream worldwide and will be available in Hindi, Urdu, English, and other languages.