Her wedding to Vikrant in the house was labelled as a publicity stunt to garner ratings. 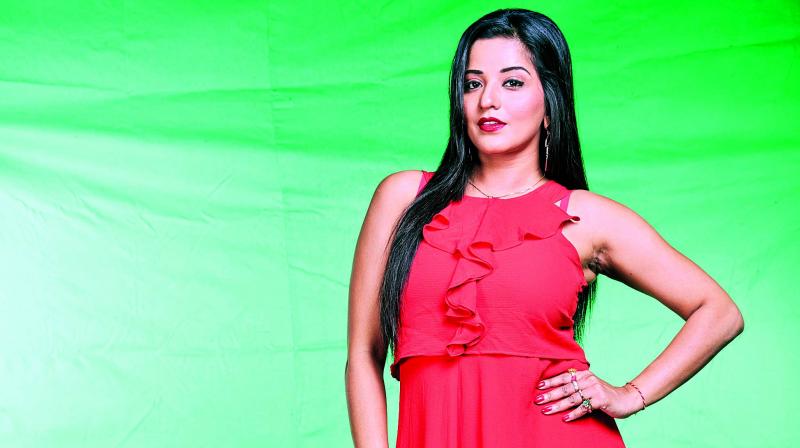 She survived for 14 long weeks at the Bigg Boss house. But Rohan Mehra proved to be a tough match in terms of popularity, as Mona Lisa, who only recently married Vikrant Singh Rajpoot on the show, made her way out of the house. Talking about her eviction, she explains, “People insisted that I was the most undeserving candidate. They felt that I just danced, ate, cried and slept in the house. Hence I think they didn’t vote for me. I never went out of my way to do anything extra, and fought back only when they personally attacked me.” She continues, “In the 14 weeks that I managed to survive, I was nominated at least around 10 times. Even the contestants wanted me out and I am sure they are glad that I am ousted. Since I got married, I wanted to come back home and be with my husband. Bigg Boss is a stressful place anyway.”

Her wedding to Vikrant in the house was labelled as a publicity stunt to garner ratings. The actress also drew a lot of flak for it. When we asked the contestant about it, she got defensive. She says, “We have been in a live-in relationship for the last eight years. We always wanted to get married. But I never thought it would happen in the Bigg Boss house. I have got enough publicity with the Bhojpuri films that I have worked in. So I won’t make use of something as sacred as marriage to get exposure.” Mona Lisa was also shown flirting openly with Manoj Punjabi on the show. However she maintains that she shares a special bond with Manoj. She says, “I haven’t seen a single episode, so I really don’t know what was shown. I was extremely comfortable with Mannu. We are both committed, so it was clear that this will be purely friendship.” She admits that Vikrant too, had his doubts over their camaraderie. She says, “Vikrant had a misunderstanding too since he was staying away from me. But when he came to the house, we sorted it out. Bani, is also in a relationship. When she got close to Gaurav Chopra, I never pointed fingers at her. I am not the kind who will judge people.”