A new military drama in town

Mike Vogel on the new military drama, The Brave, which premiered weeks ago. 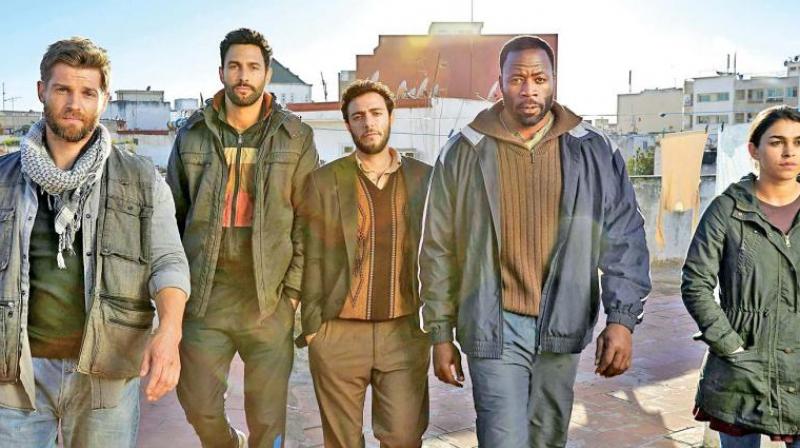 A still from The Brave

Mike Vogel, the American actor and former model, who has acted in acclaimed films like The Texas Chainsaw Massacre, Blue Valentine and Grind, is now playing one of the lead in the newly-released show — The Brave. The show, unlike other military dramas is more of an espionage drama that makes it unique, shares Mike Vogel, who plays the role of Captain Adam Dalton in the show. He also says why the show is close to his heart in a chat with DC.

Q What made you take up this role?
For me, the opportunity to bring the story of the military men to life and give the honour the deserve is something I wanted to be a part of. So, that’s why I took the show.

Q Your grandfathers have been in the service (one in army and the other in navy), so do you have a personal connection with the show?
Yes! I absolutely do. Not only my grandfathers, I have many cousins and uncles who have served. I wanted to do justice to them through this show.

Q What is the unique thing that will make The Brave stand out from other such shows?
This is a very very different show. Other shows (of this genre) are lot more action heavy, The Brave is more into espionage and stuff like that. We do have gunplay and action blocks, but the show focuses more on the things like intelligence gathering. So, the show is not just about going to a different country and clearing up the bad guy, it is more about blending in and being a sort of a spy. That’s what it’s like.

Q Tell us about the research work you have done to do the role of Adam Dalton?
Like I said I know a lot friends from this line of work, and I do know to certain degree how these guys work. I have also gone through a lot of training for the role. We have done an extensive work to make the show as authentic as possible for the audience, and make it more
gripping.

(The Brave airs on AXN every Saturday at 10 PM)