the creator and writer of Vikings, while talking about the show and its authenticity in an interview with DC. 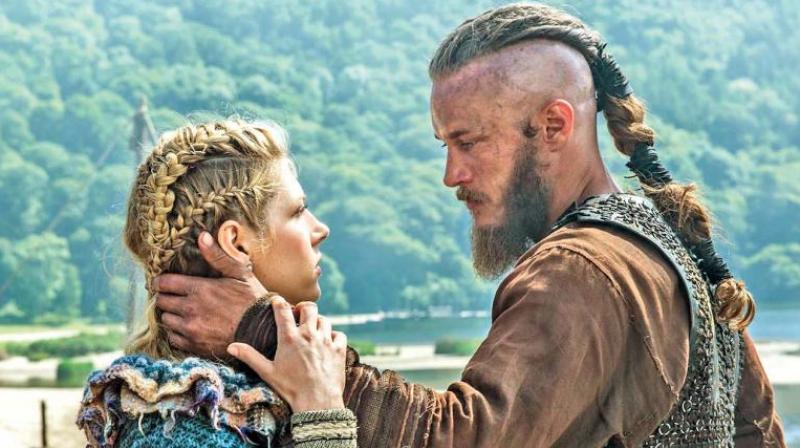 A still from Vikings

Vikings is easily one of the most watched shows across the world currently, which explores the history of legendary Norse-heroes. Diverging from the popular opinion that Vikings are savages who go about plundering and killing other people, the show tries to sympathise with the heroes.

The creator of the show, Michael Hirst, who has also written historical films Elizabeth and Elizabeth: The Golden Age, shares more about the show in a chat with us. Here’s is an excerpt from the conversation:

Q What has been the most difficult thing to do in the show?
Michael Hirst: Well, the most challenging thing has been writing the pilot because you’re introducing new characters and a new world. You want your audience to be immediately engaged in the world and the characters. So, I wanted it to be dramatic but not over dramatic. And wanted to make the audience think, it is something worth watching for a long time.

Q How do you go about selecting a particular person as the protagonist for a historical show like Vikings (since there are a lot of characters in history)?
MH: One of the things I wanted to do with Vikings is to make them more sympathetic to the audience. I was told many times before making the show that I can’t do that because they are always this cruel, vicious, pagan people who went around killing innocent christians. So, I wanted a protagonist with whom the viewers will associate with. With my historical research, I found Ragnar interesting because he claimed that his family was a descendant of God Odin.

Odin was not just the God of slain soldiers but he was also the God of curiosity. So, I thought may be Ragnar wanted to travel and explore other places not for just raping and plundering but out of curiosity.

Q Did you predict that the show will become such a big hit?
MH: No! You just make a show with best of intentions  and make it as well as you can, and hope that your enthusiasm and passion are shared by the audience. But you never know! Many shows get cancelled after just one season and you fear that it could happen to you. Thankfully, Vikings has been a hit from its first season. It is now one of the top ten show across the world and has great followers from Russia, Canada and the US. Hope it gets hit in India as well. It will be fantastic!

Q How much of creative liberty do you take while handling a historical subject like this?
MH: Not as much as other people, and not as much as people think I do! Everything I write begins with research and facts. I have a historical consultant, who provides me content. I find it more interesting to deal with reality. Of course, Vikings belonged in  the dark ages, and not a lot is known about that whole period. Also, they (Vikings) were not literates; they didn’t write anything down about them. Most of the the things  we know about them were written down by their enemies. So, they had a very bad press. I feel that I am only correcting the historical records. I do feel very strongly about it.  I think the show is as authentic as you can expect a television show ever to be.