In one of the scenes, Masaba refers to being surrounded by controversy ever since she was born to Neena Gupta and cricketer Vivian Richards. 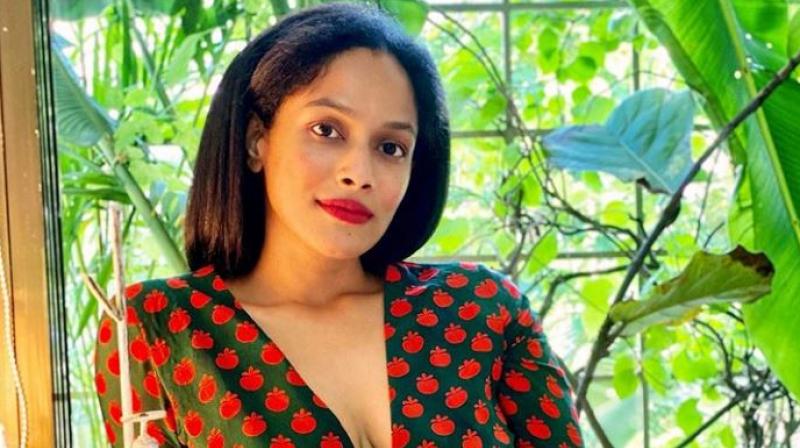 Masaba Masaba takes off from Masaba and Neena Gupta’s personal lives, picking up intimate, stressful moments and presenting them in a fictional setting with ease and a dash of humour. (Photo | Instagram - @masabagupta)

Mumbai: Fashion designer Masaba Gupta says she always wanted to act but did not get into the profession as she felt only a certain kind of face sells in the industry.

The designer is finally fulfilling her long but secret dream with her Netflix series, “Masaba Masaba”, which is inspired from real moments from her life and also features her mother, actor Neena Gupta.

Masaba said acting was on her mind since her early teens but as she found herself getting drawn to fashion, the dream took a backseat.

Her reluctance to pitch herself as an actor also stemmed from a “deep understanding” of the industry where things are sort of set in the stone, Masaba said.

“I never said openly that I want to act. I was busy with fashion and I still am, that’s my first baby always. I don’t want to go to people asking for work, to somebody who doesn’t even believe in me,” Masaba told PTI.

The designer said when the opportunity for the Netflix series came her way through showrunner Ashvini Yardi, she was thrilled yet sceptical.

Described as an “inspirational, joyous celebration of her life” with tongue-in-cheek humour, the show often blurs the line between real and reel, drawing heavily from true incidents but merging them with fiction.

“For the longest, I thought it was a reality show and I was a bit sceptical, but that’s when she told me it is a scripted series. I thought it would be a super fresh territory for India and a completely new show for our TV,” she added.

“Masaba Masaba” pairs Masaba with her mother for the first time but the designer never felt the weight of acting opposite someone who has nearly four decades of experience.

“The first day I felt ‘Oh my God I am acting with my mother!’ But after the first scene was done, it became a job, the way I treat my fashion shows. It’s stressful but you find your ground and get the job done,” she added.

Masaba Masaba captures Masaba and Neena Gupta’s personal lives, picking up intimate, stressful moments and presenting them in a fictional setting with ease and a dash of humour.

In one of the scenes from the show, Masaba refers to being surrounded by controversy ever since she was born.

Though said by her fictional screen character, the dialogue finds roots in Masaba’s life.

Born to Neena and West Indies cricketer Vivian Richards in 1989 when the duo were in a relationship, Masaba and the veteran star had to face insensitive intrusion from media and public for the actor’s decision to raise her daughter as a single mother.

The designer recalled being treated “differently” as a kid due to her parents’ personal life and points to that experience as something which laid the seeds of distrust against the society.

“When you are living in the moment, when you are going through that phase as a child, you start to question just humanity. When I was treated differently or told something which wasn’t very nice, I wondered ‘but that child doesn’t get to hear it, why do I get to hear it?’

“You grow up with a general sense of distrust in another human being. With a sense of not trusting the system.”

Masaba said though most of the controversy happened when she was very young, its aftereffects are still there.

“I decided at a very young age that the only way to surpass your past is to accept it. Now it’s ok, but  as a child you grow up feeling a distrust in humanity.”

The designer said the team was clear on what bits about their lives will be discussed all the way and what won’t be touched at the scripting stage itself.

The show is also packed with inside jokes about the film and fashion industry.

Masaba said the team of the show, including director Sonam Nair, was concerned about protecting the “interest of people around us.”

“Which is why the names have been carefully changed, the characters are a mix of a bunch of people. It is not like anybody will feel they haven’t been given their due or walk away being offended.

“But you also have to be a bit fearless on this kind of a show. You can’t go into it thinking ‘what will people think now?’ They are thinking anyway about you, you might as well say what you want.”