The actress and Manu became the talk of the town after she reportedly kissed him during a task. 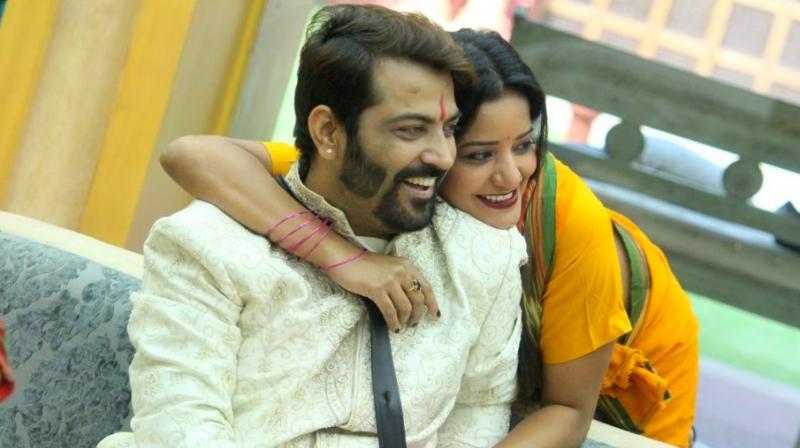 Screengrab from the show.

"I am upset with her (Mona) but not in a way that I will hit her and all. It has been eight years we are dating...

I know her. She is mine and will always remain in my heart," Vikrant told PTI.

"We have seen things that show us that there is something between them. Looking at the show, it seems she is easy to woo but in reality she is not like that," he said.

The actress and Manu became the talk of the town after she reportedly kissed him, while performing a task on the show.

"You become friends when you are working together.

But they don't know that it is shown a bit more. I know Manu and Mona are good friends. I did speak to Manu after he was out (during the demise of his mother)," Vikrant said.

Vikrant, recently entered the house as part of the new luxury budget task, when asked about his experience, the actor said, "It was good to be in the show. One has to do all kinds of work inside the house. When you are in an intense situation you tend to get close to someone...you confide in that person.

"I told Mona, she is not shown in a good way on the show, her image is bad. She was asking me what was shown on TV. She told me that both Manu and Manveer have supported her.