Prakash entered the show as a title favourite, courtesy her popularity as a TV star 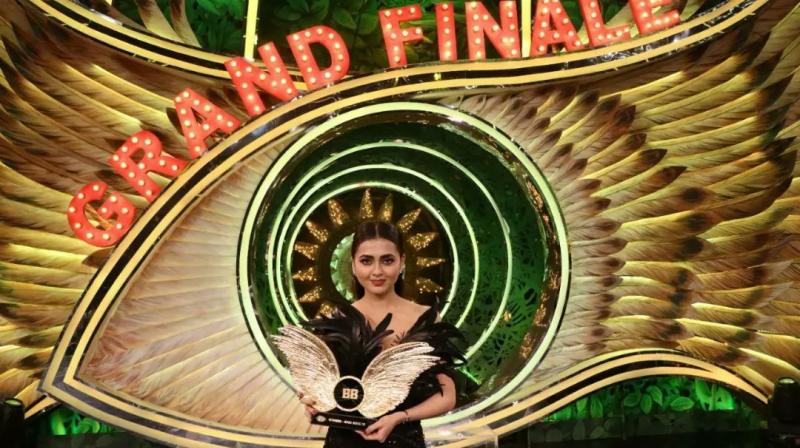 The winner was announced by the show's host, superstar Salman Khan.

Sehajpal was the first runner up, while Prakash's actor-boyfriend Karan Kundra finished third.

Prakash entered the show as a title favourite, courtesy her popularity as a TV star.

The 28-year-old actor was known for displaying her competitive and fierce side. During the course of the show, Prakash fell in love with Kundra and the couple became a fan favourite.

Sehajpal, who was one of the finalists on "Bigg Boss OTT" last year, also remained popular throughout the show.

Among the highlights of the finale was "Bigg Boss" 13 finalist Shehnaaz Gill paying a tribute to her late partner Sidharth Shukla, who was the winner of the said season. Shukla passed away last year.

Both Gill and Khan got visibly emotional and shared a hug, remembering Shukla. At one point, Khan asked the "Bigg Boss" crew for tissues as he and Gill couldn't hold back their tears.

Khan, who was always fond of Gill, said it had been an extremely difficult time for her and Shukla's mother.

"I keep talking to Sidharth's mom. It's time to move on. You have a bright, beautiful future ahead. Do lots of good work and be happy," he told Gill.