In a letter written to the crew, DeGeneres says that the show was envisioned as a 'place of happiness' but that is not the case currently 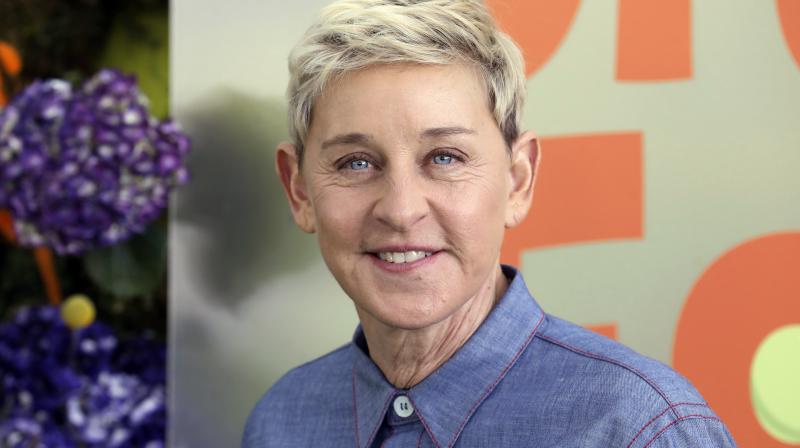 Los Angeles: Popular TV host Ellen DeGeneres has penned a letter to the staff of her show in the wake of allegations of a toxic work environment and sexual harassment.

Dozens of employees of The Ellen DeGeneres Show have come forward in an explosive report from Buzzfeed, alleging sexual harassment and misconduct by some of the show's top executive producers.

In her letter to the staff, obtained by The Hollywood Reporter, DeGeneres tendered an apology and said that the show was envisioned as a "place of happiness" but that is not the case currently.

"On day one of our show, I told everyone in our first meeting that 'The Ellen DeGeneres Show' would be a place of happiness, no one would ever raise their voice, and everyone would be treated with respect.

"Obviously, something changed, and I am disappointed to learn that this has not been the case. And for that, I am sorry. Anyone who knows me knows it's the opposite of what I believe and what I hoped for our show," she said.

DeGeneres said she takes responsibility for what has happened as the show bears her name and assured the staff that steps will be taken to "correct the issues" going forward.

"As we've grown exponentially, I've not been able to stay on top of everything and relied on others to do their jobs as they knew I'd want them done. Clearly some didn't. That will now change and I'm committed to ensuring this does not happen again...

"As someone who was judged and nearly lost everything for just being who I am, I truly understand and have deep compassion for those being looked at differently, or treated unfairly, not equal, or worse disregarded. To think that any one of you felt that way is awful to me," she added.

The TV show host promised that she will "do my part in continuing to push myself and everyone around me to learn and grow".

The allegations detailed in Buzzfeed report mainly centred upon head writer and executive producer Keith Leman, who has been accused of groping and propositioning male staff members.

Others allege they were inappropriately touched by producer Ed Glavin, who is reportedly parting ways with "The Ellen Show".