Nalini said that she will make sure to sue them and get them punished. 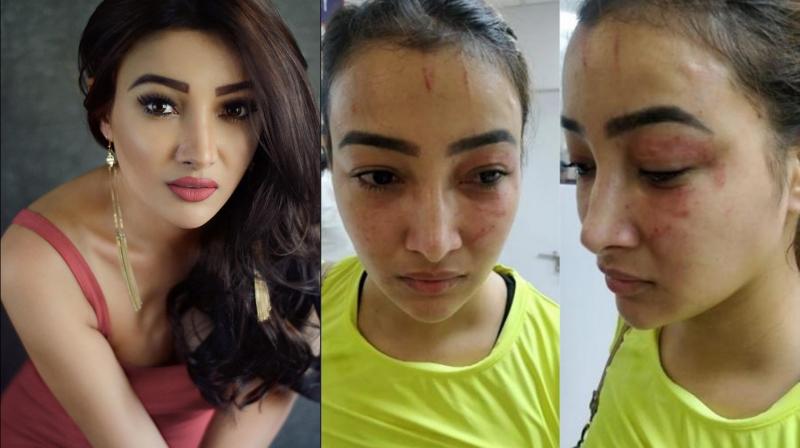 Mumbai: TV actor Nalini Negi who is popular for show 'Naamkarann' has recently filed an FIR against her roommate Preeti Rana and her mother for assaulting her.

Talking about the incident, Nalini told Pinkvilla, "The incident happened on Wednesday in the evening and it was a normal day. I told her to vacate the house, we were not on talking terms. My friend had come and my roommate’s mother had come. It was a normal day for me. Suddenly, her mother started abusing me and saying things about my character. The more I tried to ask her to control her pitch, she continued to be louder. I saw this side of hers for the first time. Then her mother called my roommate and she came in a minute. It was only then that I realised it might have been their plan to do something like this out of jealousy and vengeance. ‘How can I ask them to vacate the house?’ they perhaps thought.”

“Her mother threw a glass at me, I went unconscious. Till the time I could understand what happened, the mother and daughter duo started hitting me, scratching my face. My friend who was there, was also shocked,” she added.

Confirming that she has filed an FIR, Nalini said, "I will make sure to sue them and get them punished. I am waiting for the case to go to court now. I am in fact mulling over asking for compensation because I have lost on a few projects in the week. I was supposed to be giving a few shoots lined up. I am not going to leave them without teaching them a lesson.”