From a large stage to Zoom shows, Vir Das pivoted and thrived in the new medium

Done over Zoom calls, the comedian realised the potential and pieced together more than 40 live shows to make the for-charity special. 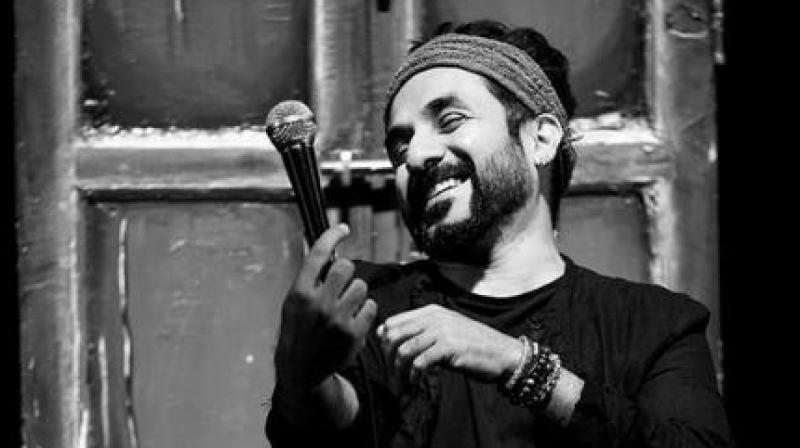 “Inside Out” is the first special where the comic isn’t feeding off the energy of a live audience. The experience of being “boxed” in a Zoom call, Vir Das said was “extremely intimate.” (Photo | Instagram - Vir Das)

Mumbai: Actor-comedian Vir Das says it’s not always easy to create comedy when people are quick to take offence but the only answer to online trolling is to double down on humour.

Some Twitter users also dug out screenshots of past jokes of comedians to claim they had used Hindu gods in their punch lines.

When asked about the challenge of doing comedy while facing threats and social media vitriol, Das said the experience can be daunting but one must not stop creating new content.

“Since January, I’ve had 15 legal notices and a High Court hearing to defend my comedy. But I’m privileged to hire people to do that. I am always conscious of the fact that younger comedians aren’t. The one thing we all agree on is that the solution to this is more comedy,” he told PTI.

In May, a plea had claimed the comedian’s Netflix fictional series “Hasmukh” had maligned the reputation of advocates. The Delhi High Court, however, declined to grant interim stay on airing of the show.

Das has come up with a new charity special ‘Inside Out’, which is based on his experience of doing comedy amid the pandemic. The special emerged after the coronavirus thwarted the comedian’s plan for a 36-country world tour, prompting him to reach out to his audiences via screens.

Done over Zoom calls and aimed to raise funds for several causes, the comedian realised the potential and pieced together more than 40 live shows to make the special.

“I began asking the audience, what’s the first thing you want to do once the pandemic or the lockdown is over. I underestimated how vulnerable people were, especially in March, where we thought ‘we are going to die, lock yourself up.’ I started to get very real, vulnerable and visceral answers.

“It hit me that this is a real conversation I get to have with the audience. People started tuning in from across the world, Russia, America, England, South Africa and Wuhan (China). I realised this is the only time when the entire world will be going through the exact same thing at the exact same time.”

“Inside Out” is the first special where the comic isn’t feeding off the energy of a live audience. The experience of being “boxed” in a Zoom call, Das said was “extremely intimate.”

It led to several unscripted, funny moments, from the sound of someone flushing the toilet or parents of an audience member coming in the frame to say hello to the artiste.

“Being in a box, the same size as that of your audience is very democratic. You get a glimpse into their lives. It may not be a very energetic connection but it was extremely intimate.”

Das is overwhelmed with the reactions coming his way for the special and said doing shows amid the lockdown kept him going.

“You’re giving me the ability to practice my art form but also sending laughter my way. So having a 7 PM show, four times a week to look forward to, where I am doing hour-and-a-half of comedy every night got me through lockdown.”

The comic is glad that his world tour couldn’t happen as it gave him the opportunity to try something like “Inside Out”.

“I was feeling at the top of my comedic abilities. Then I started doing these shows to keep myself strong. I feel like I’m a better comedian for giving up control, letting the audience take me on a journey,” he added.