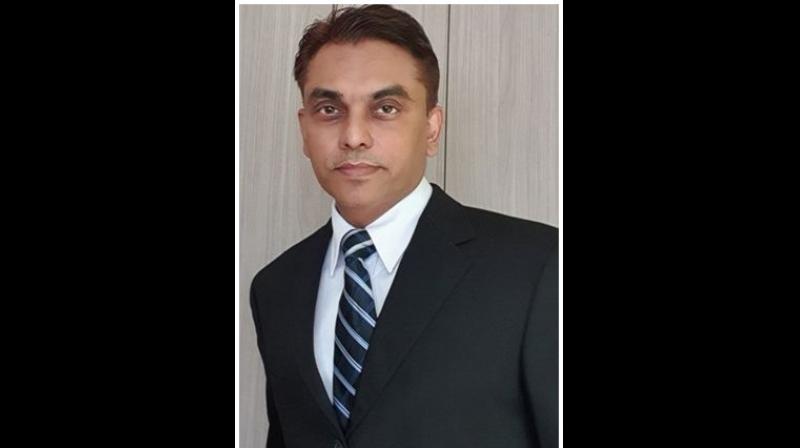 Harry Johal has given opportunity to several newly talented musicians, who later have made it big in bollywood music industry out of hard work they had put in. — By arrangement

Way back then in the new millennium the term like Digital Entrepreneur was not popular. The Internet was still making inroads in India in 1998-99  . Harry Johal while pursuing both media and performing arts as Theatre Actor in Bollywood under pioneer Actor –Writer – Storyteller –Play writer Late Shri Kader Khan  in Mumbai was introduced to the Internet sometime in 1998.  Harry Johal found BBC podcasts and online radio shows as something very fascinating. Harry realized that the power of the internet will be a dominating factor in coming years and this is where the role of visionary in him started to make journey.

Hailing from a small town in Punjab State , Jalandhar in India . Harry Johal always wanted to do something that was international in nature. In 2004 he started online Radio Station Balle Balle Radio, the mark in his name to date . He was developing his own content about films and the entertainment world.

Harry Johal after shifting his base to Singapore in 2006 .Created his brand Carry On Harry Talk Show in 2014. Carry On Harry in his word means something to carry forward as your signature legacy. The name not just gave him a new identity but also gave him a new purpose to educate people. Within no time eminent personalities from Business World , Personal Development Coaches , book authors and film writers , filmmakers from the entertainment world of Hollywood started to approach him.

The Challenges and The Preparation

Before the accolades it was the mindset preparation that Harry knew he had to have in order to make a mark in the international arena, especially if you are looking to invite thought leaders and industry pioneers to show Carry On Harry . Harry believes in learning, he credits his talk show guests for having taught him a lot about how to overcome pitfalls and adversaries while they shared their own success stories of life. Harry Johal thinks he developed great LISTENING SKILLS to make a mark. People like to be heard and understood. Harry Johal realized that Talk Show is not about talking but about “Hearing and Understanding”. An interview is not about questioning but giving an opportunity to let others speak out.

Developing his style and Success

In his initial days he started his shows with a prepared set of questions on paper. Later he found that he had his own flair of thinking which mostly came from listening to his guests. The flow of his episode became more and more sharp and penetrated into the mind of the guest. Talk Show Guests started to feel that someone is more keen to understand them. Talk Show guests felt that while talking to Harry not just they were understood but also got some kind of recognition of thoughts. End of the episode every guest felt that Harry had a unique quality to resonate.

Harry Johal has given opportunity to several newly talented musicians, who later have made it big in bollywood music industry out of hard work they had put in. Each time any big name came to the Carry On Harry Talk Show, Harry thanked them that this will help his show to promote new names. Harry Johal believes in shared success. This strategy paid off well. Many a western writers found a new base of fans in other parts of the world. Musicians performing in one market got events booked in completely new markets. This Harry Johal coins as Shared Success.

Responsibility as a Social Being

Harry believes that the work that he shares on his platform is not just about talking about entertainment stuff , but he and his guests should mean to contribute something in the lives of people. Harry always plans the show in such a way that it ends up having a flair of knowledge and inspiration. for readers/listeners visiting his platform.

Commitment  To His Vision

Harry Johal is committed to continue his Journey as Talk Show host and the inspiration behind it comes from the name “ Carry On Harry”. For him his talk show not just means his personal identification but a purposeful life where his work can bring light into the life of others. His Studio in Singapore “STUDIO CARRYONHARRY” , is open to make a connection for anybody who has some meaningful story to tell, great knowledge to talk about, something unique to celebrate about his/her work.