Advising the younger generation on how to get started on YouTube, he mentors them to not stress on being perfect 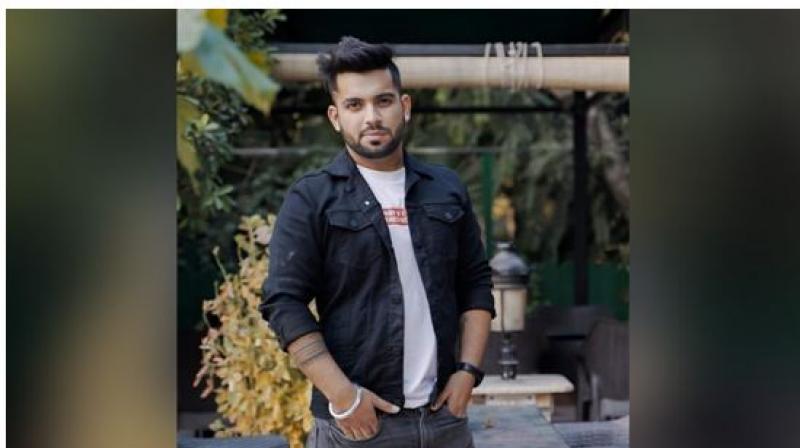 Having a follower base of over 2 lakh on Facebook, Ojas Mendiratta is an impeccable personality who has made it to the top because of his great vision and appreciable mission. — By arrangement

Youtube and facebook  is a massive platform. It is the most popular website, with over a billion users who spend countless hours on the site. YouTubers have also used it as a platform to become celebrities in their own right.YouTube includes videos on every topic imaginable, from cookery shows to streamers. We've compiled a list of the most popular YouTube channels and YouTubers below. The list is quite diverse. YouTubers of all kinds, from comedians to gamers to vloggers of all kinds, have grown their followings outside of the supervision of media conglomerates, even if they are now signing major deals with them. Having such a large fan base also gives you power and independence. One such renowned name among the popular Indian YouTubers is Ojas Mendiratta, who creates romantic comedy videos.

Ojas received a silver play button from youtube on gaining 100k subscribers on youtube and currently, he is aspiring tirelessly with persistence and diligence for the golden button. The Youtuber is on a mission to improve what the audience expects from him. Ojas believes that the goal of gaining subscribers and views isn't the sole one. His channel's major goal and mission is to bring happiness and love to his viewers. They  work 24 hours a day, 7 days a week to develop material that meets the requirements and demands of all his 400K family.

Having a courageous personality, Ojas Mendiratta says, “Life is full of ups and downs but what matters is are you willing to make consistent efforts towards your dream role.  Lots of hard work and patience are the magical recipe behind your successful journey. Achieving success is easy but holding it for a long time requires diligent efforts and productive thinking. For me, success is above earning subscribers and views. It is attaining the love from the audiences and making them a part of our family.”

He further added,  “Focussing on all age groups, I want to create content that takes note of social topics such as women empowerment, periods, pregnancy, and many more. I believe when you wear an outfit of a content creator it becomes your foremost duty to encourage content that makes a difference in society. With my revolutionary outlook and stubborn personality, I have been able to accomplish the silver play button from youtube and am now preparing myself to receive the gold one.”

Advising the younger generation on how to get started on YouTube, he mentors them to not stress on being perfect and instead, show users a trait of your personality. He says, “Once you've built up an audience, you'll have people to offer you global feedback, which is priceless. Companies have to pay for that kind of thing, and if you as an individual can build even a little audience, it's incredibly important, and the benefits you get are well worth it, even if you're unlikely to make any money. However, it will lead to other opportunities, and these, along with the friends and experiences you will obtain, are far more valuable than money.”

Having a follower base of over 2 lakh on Facebook, Ojas Mendiratta is an impeccable personality who has made it to the top because of his great vision and appreciable mission. With his relentless efforts and industrious actions, he is garnering the love of the masses through his inspiring youtube channel. He further promises to create romantic comedy content that captivates the attention of people, making them emotionally attached to the show.  Under his guidance, his team is tirelessly working day and night to bring extraordinary content that convinces the audiences to hit the like button and inspires them to step out of their comfort zone and become the leader of their aspiring ambition. Fame and money are just the complementary benefits he is receiving; what makes him get up every day is his pure passion for creating content that stimulates the citizens of India.

Inveda: Producing products so good that you’ll love to take care of your skin

Mark Van Stratum, generates magical realism inspired by his life through his books