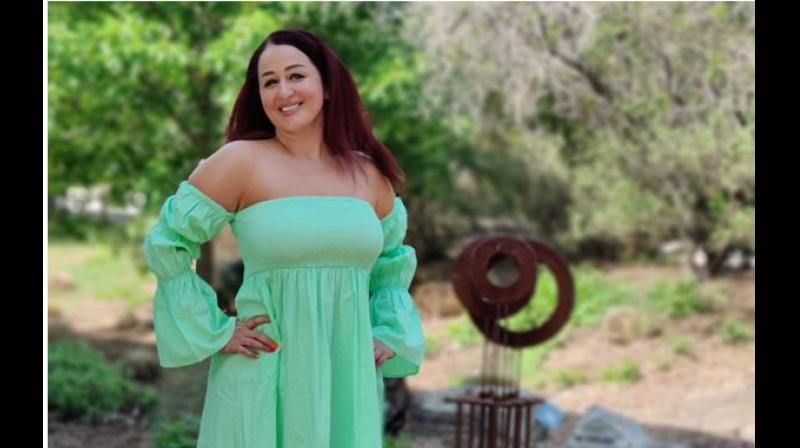 Chandni is presently not only inspiring people to attain a healthy body, but she is changing beliefs and thoughts. — By arrangement

Social media is presently flooded with people who are breaking stereotypical norms of society. Be it gender equality, anti-sexism, or body positivity, anything to everything, social media has opened the platform for all to speak their heart out. Social media influencer and fitness enthusiast has taken up the responsibility of improving people’s perspective towards body image. She is spreading body positivity awareness through social media posts. People following Chandni are lauding her on the same.

Self-love and feeling comfortable within your body is body positivity. Lately, the trend of body shaming has drifted towards body positivity. A few years back, the completely plastic body was majorly encouraged by some social media moguls. Unfortunately, they are still on the same path, knowing that their plastic body is causing harm to people’s self-esteem.

Fortunately, some people on social media take the responsibility of encouraging people to have a healthy physique rather than a weak and lean body. For example, Chandni, an influencer from Dallas, Texas, took the mission of body positivity a notch with her fitness mantra. It is appreciable to see that in a world where people are bringing down each other on social media, a few people are actually doing something good for the world.

Body positivity is an umbrella concept. Within it, there are way too many diverse concepts and philosophies hidden. For many, body positivity is only for bulky people. If they are fat and are comfortable, they are said to be body-positive people. However, the concept is regardless of the shape and size, if you love the way you are, it is the most positive gift you can ever give yourself.

Chandni, an Influencer and Model, lives in Dallas, Texas. Her pregnancy and post-pregnancy body hampered her confidence. She wasn’t herself anymore. But, when she started working on herself. The improvement was evident. The journey from fat to fit taught her that she needs to feel confident in whatever shape you have. The norms decided by social media hold no value. It is you who is going to be living in the body forever, and thus taking care of it should be the primary goal. The lessons she learned were wise. So, she decided to take the same to social media platforms. Thus, she started her fitness regime known as FAT -  fearless, achiever, and trendsetter.

Being body positive means loving yourself and accepting yourself. This brings us to a question: how body shaming and later positivity awareness started? In every era,  there has been a certain body shape which was hugely appreciated. The ones who did not have a similar body shape were shamed for not being perfect. Later, a few victims of the same questioned society’s choice of the perfect body. When social media came, the same business of a certain style garnered huge appreciation. Others, with skinny or bulky or any other shape influencers, were trolled on the platform. All this led to the movement of body positivity.

Chandni is presently not only inspiring people to attain a healthy body, but she is changing beliefs and thoughts. She wants society to change its behaviour and respect everyone. She has battled with depression and was body-conscious too. However, once she started loving herself, the people around her started appreciating her. The confidence she had was remarkable. She is impressing and inspiring many souls on the internet.

Social media holds a special place in everybody’s lives. If it has given us the opportunity to share love and positivity, then we should take full advantage of it. People like Chandni are truly an inspiration.