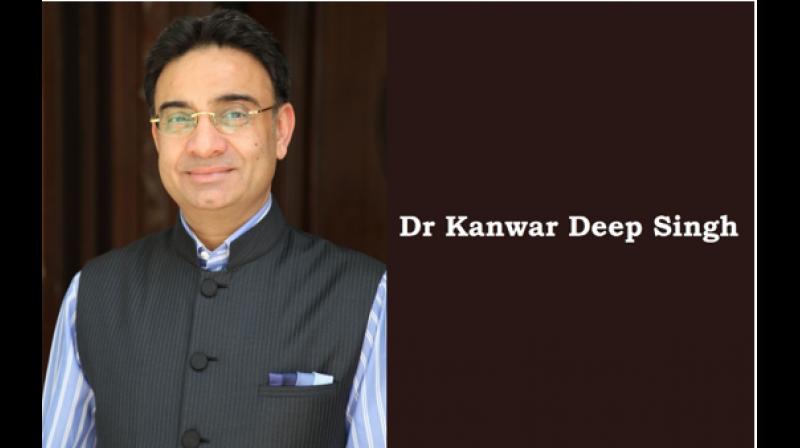 “The dowry system in our society is the root cause of female foeticide,” mentions KD Singh. Many poor families kill their daughters inside the womb out of fear of dowry. They are concerned about paying the dowry for their daughters' marriages, which poor people cannot afford. — By arrangement

Female foeticide refers to the abortion of a female foetus. This is a major social problem in India, with cultural ties to the dowry system, which is ingrained in Indian culture despite the fact that it has been illegal since 1961. In India, unlike in any other Western culture, there is a strong preference for sons over daughters.

Pregnancies are planned using differential contraception, which uses contraception based on the number of surviving sons regardless of family size. More than 10 million female foetuses are thought to have been illegally aborted in India. According to researchers from Canada and India for the Lancet journal, 500,000 girls are lost each year due to sex-selective abortion. KD Singh gives a detailed view of the problem and suggest solutions.

The process started in the early 1990s, when ultrasound techniques became widely used in India. Families had a tendency to keep having children until a male child was born. This was primarily due to India's large sexist culture against women. This is reflected in women's literacy rates and economic participation, both of which are particularly low in states where female foeticide is prevalent and an unequal population ratio exists.

Although conscious steps are being taken, they are still not enough. The government must launch a nationwide awareness campaign to raise public awareness. They should educate people about the value of girls and not regard them as a burden on their families. Girls should be given more educational reservations and the government should provide financial assistance to families that are unable to educate their children. Along with that, anti-dowry legislation should be properly implemented, and offenders should be punished.

The government should provide financial assistance for poor-family girls' marriages. KD Singh mentions, “Women's empowerment should be prioritised as their education will aid in the abolition of this problem. As women gain independence, they will be able to make their own decisions. Only by dispelling the myth of son preference in our society will we be able to address this issue.”

In conclusion, female foeticide occurs ironically in a country where people worship various forms of Goddesses, where females are revered as Maa Laxmi's incarnation, and where young girls are worshipped and people touch their feet for blessings. Even so, the intentional killing of girl children continues. There’s no doubt that our society is changing and discarding orthodox practices. “We still need conscious efforts in the direction where every Indian woman is made aware of their fundamental right to education, health, and empowerment,” said KD Singh. The heinous illegal practise of female foeticide will be stopped through harsh laws and a shift in public opinion.