How A University Of California Graduate Is Generating 7 Figure Revenue

Coming from an Indian family with a conservative mindset, Rishi was prepared to bear the burden of his parents’ expectations 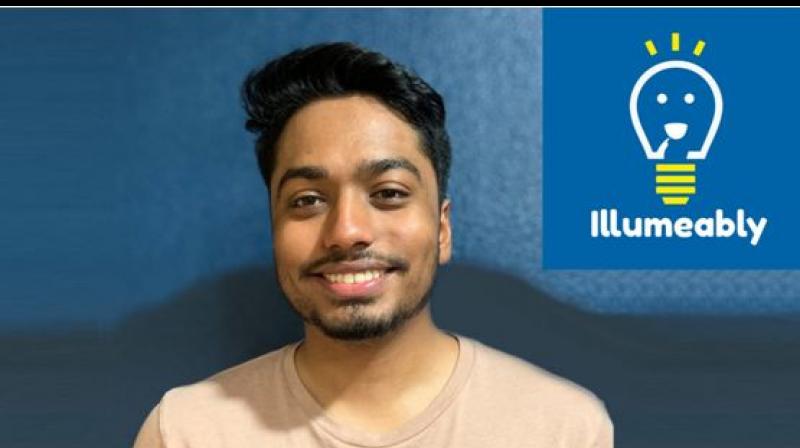 Right after he graduated from Berkeley, he took time to reflect upon the things that took him to where he was. — By arrangement

Illumeably Media doesn’t come across as a traditional media company in a first glance. To most people the name might seem like a tongue twister but there is a good chance that you are acquainted with some videos or articles by Illumeably. Today it is among the top 500 news sites of the world with its revenue reaching 7 figures. The story of how Illumeably was first conceptualized is as unconventional as its name.

Today, Illumeably has made a name for itself in the industry by creating motivational video content across Facebook and YouTube but it began as an escape from the rut of a 9-5 job. Illumeably was founded in 2017 by Rishi Jethi after graduating with a degree in computer science. At that time Rishi was struggling to find purpose and direction. There had been many ups and downs in his life by this point which made his realize that the safe option was just not for him.

Coming from an Indian family with a conservative mindset, Rishi was prepared to bear the burden of his parents’ expectations. He knew full well that anything less than a Grade A was unpardonable in his family but still he decided to drop out. This was an uncharted territory for most Indian kids but Rishi had no intention of living a less than exciting life. Rishi remembered the one time his mom once broke down in the principal’s office thinking about his future. Even though he didn’t know what future had in-store for him, he assured her that he would come to a conclusion that was best for him.

A couple of months after this incident, Rishi started an engineering internship and shortly after that, he was accepted into the University of California, Berkeley. Rishi wasn’t supposed to be at any of these places, especially the number 1 public university in the world. But as fate would have it, he was able to find his way through tough situations. Right after he graduated from Berkeley, he took time to reflect upon the things that took him to where he was.

Somewhere down his heart he knew his story had the potential to make a difference and inspire those who were crowded by hopelessness. His inner voice was speaking to him and in that instant he knew he needed to share his journey with the world. He created a video about how perseverance helps in overcoming any hurdles life throws at us. The morning after posting the video on Facebook, Rishi realized that over 5 million people had viewed it and it was shared more than 100,000 times.

These numbers were way beyond anything Rishi could have expected and somewhere in his brain a light bulb went off and he came face to face with his real purpose in life. He took the last $500 he had saved from his internship and founded a media company with the intention of uplifting others and bringing light into their life. Today Rishi Jethi creates unique content not just for his website but also for his YouTube channel where he features stories about people who took the high road even in tough situations. His content motivates and inspires millions of people across the globe.

Rishi fell in love with the idea of changing lives and decided to incorporate the word “illuminate” in the name of his company. That is how Illumeably came into existence, bearing the prefix “illume” and the idea of illuminating the lives of others.

Disclaimer:  No Asian Age journalist was involved in creating this content. The group also takes no responsibility for this content.