06 Feb 2021  The underlying issue with the Farmers Bill 2020 that no one is paying attention to: Mr. Pranay Vivek Patil
In Focus

The underlying issue with the Farmers Bill 2020 that no one is paying attention to: Mr. Pranay Vivek Patil

Over time big corporates will dictate terms for which farmers will have to face the consequences, adds Pranay 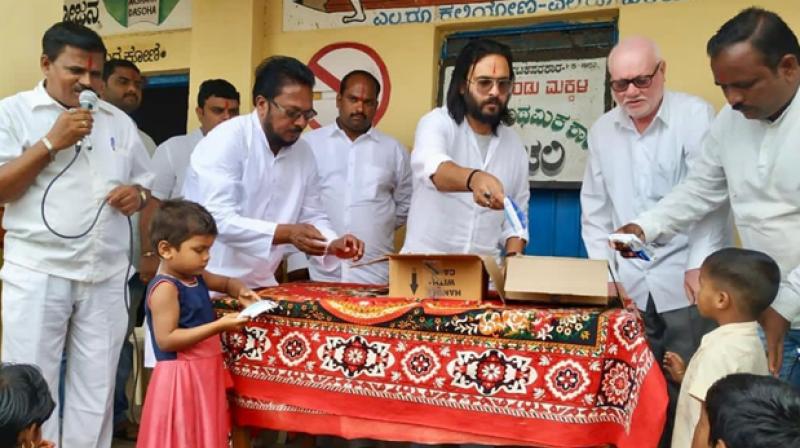 The problem is that we are not asking the right questions to the Government, we are not asking the right questions because we are in a delusion that we already know the answers-said Mr. Pranay Vivek Patil. See what else Mr. Pranay Vivek Patil has to say on the Farmer’s bill also known as The Farmers' Produce Trade and Commerce (Promotion and Facilitation) Bill, 2020.

Mr. Patil who is known for his work for his work towards the betterment of marginalised communities in Karnataka talked to us today about the new Farmers Bill and it was interesting to get his views as he is one of the very few politicians who has been actively expressing his views over the farmers protests in the past.

The Three Laws and What they promise?

This law permits the farmers to sell their agriculture produce outside the APMC regulated mandis. This law promises farmers to have a higher ground in the price negotiations. Anyone can buy the produce directly from the farmers.

This establishes a national legislative framework to ensure that farmers could make an agreement with the sellers before sowing the seeds to sell her produce to the seller. This has been done to assure farmers that they will get money from the corporate so that their livelihood does not get affected.

This is another law which is seen as benefiting big business. It seeks to remove arbitrary and periodical stocking limits on agricultural commodities that the government imposed on traders.

The key provisions of the Farmers Bill are to help the small farmers (86% of total farmers) to get a better price at the market.

The underlying fear farmers have with the laws is a result of failed promises that the government has been making for 6 years. Farmers also fear that these laws will dismantle the APMC which has elements that also help them with loan and price settlements.

When we asked Mr. Pranay Vivek Patil about the same, he answered that, “I talked to some of the farmers about the same and they said that, The recent laws enacted at the centre will dismantle the minimum support price (MSP) system. Over time big corporates will dictate terms for which farmers will have to face the consequences.

My main concern with the farmers bills is the lethal combination of an amendment to the essential commodities act and an inclination towards the privatisation of the agricultural sector. It will allow big shot businessmen to stockpile essential commodities so as to have an upper hand in price negotiations with the farmers for purchase of their produce.”

“Then there are issues with not fixing MSP etc but things like MSP etc can always be mended later and are not as important right now. Privatisation in agriculture is never a long-term solution. Mending the APMC Mandi’s is. Abhaji has always fought for the farmers and we will too. We stood for the farmers and protested actively against government no matter which party was in power. We protested for Mahadayi as we are protesting for a change in the farmers bill today. When it comes to farmers we have and always will push politics aside.”,said Mr. Patil.

He said that he does not have a political aim that he wants to target but he is continuing the legacy that his family is known for by raising his voice against injustice that is happening in our society at the governmental level.

“My aim is not to become something but to bring about a change, a change in the way we think, the way certain rich businessmen, city-cats and leaders think and moreover the way we all think.”, Said Mr Patil.

Mr. Patil is a firm believer in Team work and believes that if we work as a team team, we can stand against the ones that take us for granted.  Having a great experience in working with farmers, the helpless, the downtrodden, poor and the suppressed marginal sections of society to fight for their rightful rights not just by being their voice but also by reigniting the flame in their voice and empowering them by fighting with them shoulder to shoulder against anything/anyone that stands in their way. He is one of the very few politicians who talks and thinks like a common man.

Mr. Patil further adds,” I have always believed in God‘s grander plan for each one of us hence I toil with no other wish than his blessings upon me. God always supports you if you are standing with the right. We need to show the government the true power of a democracy that is its people who have power to bring the government in power and also to vote them out of the power.”