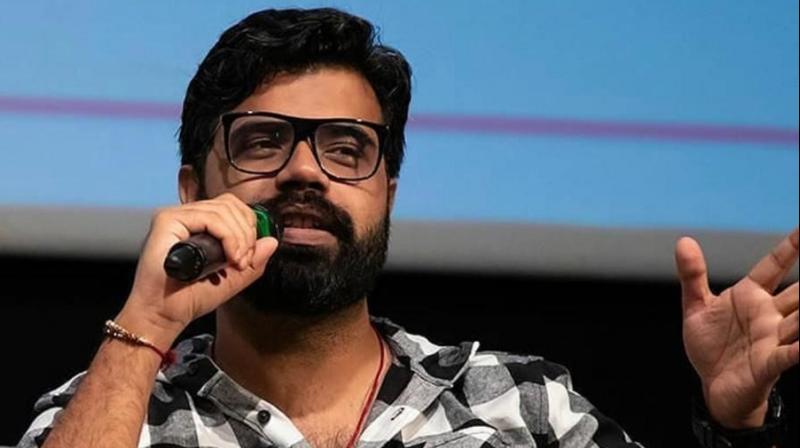 Noted for his authentic and grounded tales, laced with local dialects, culture and sensibility, screen writer Rohan Shankar says that the films like Hindi Medium, Bariely ki barfi, Shubh Mangal Savdhan & Pink were the game changers for hindi cinema. Before 2016-17, Bollywood was mostly making projects, not films with great stories.

Rohan Shankar said, “Some five years ago, people were mostly into making projects, not films. They only wanted big stars in the movie. People would pick a star first and then pick a story depending on his/her mood or last release. It was not like that I have a good story, let me find a good cast for it”

“I realized it, when Irrfan Khan became a commercial hero, the time changed for everyone. Post 2017, everyone wanted a good script, a film where the story was the biggest hero. People were ready to cast good talented actors as leads, instead of running behind the few busy stars”

Further adding, he said, “It was formula filmmaking earlier, whatever was selling; everyone was making the same thing. I mean, back in the day, people would think if two songs were hit from the movie, the film automatically will be hit. Producers were not investing in writers or new directors. New people bring new vision & stories to tell but unfortunately it was not happening. To be honest, no one wanted writers, they just wanted stars but it has changed now.”

Rohan Shankar’s journey has been long and with some set-backs and bounce backs, which are nothing but inspirational for any aspiring writer. The writer shares some anecdotes about his two films, Lalbaugchi Rani and Luka Chuppi, which got the ball rolling for him.

Talking about his journey, Rohan said, “It took me sometime to reach to the right people, who liked my script and could actually make it. I pitched Luka Chuppi to so many people, they all appreciated it, but they couldn’t make the film, until I met Laxman Utekar, who liked the film and made it with Dinesh Vijan”
“my first film as a writer was the Marathi film Lalbaugchi Rani. It was a difficult subject to write, as it was a story about a mentally challenged girl, who gets lost in Mumbai. It took me sometime to explore the subject. I visited many schools for special-need kids. I need to understand those kids need and thought process. It was a sensible subject, different that regular romantic drama”

“Interestingly, initially Laxman Utekar turned down Luka Chuppi, because he thought he couldn’t do justice to the script, as he didn’t understand the north-Indian world. So I went to other people and after no-luck, I narrated Luka Chuppi again to Laxman Sir in the end of 2016, as I trusted him to make the film. This time he agreed. We decided to explore North India first, we went to Mathura, Gwalior, Vrindavan, Agra, you know that particular belt.  Once we finished writing the final draft, we approached Dinesh VIjan from Maddock Films. He loved the script & immediately started the production”

On the work front, Rohan has some of the most awaited and interesting films, such as Mimi, Helmet and Suraj Pe Mangal Bhari. The films are done with their shooting part and in their post production stage now.

Everything You Need To Know About Otakus