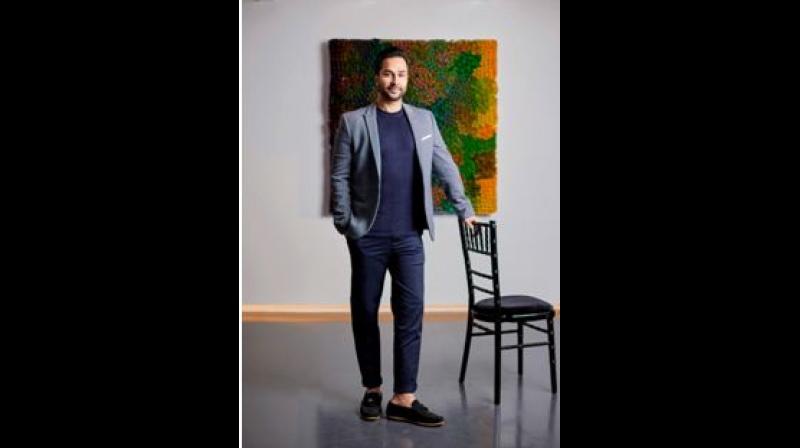 Why would a London-based dental marketer decide to dedicate a huge chunk of his time, money and energy to help improve the lives of women and girls more than four and a half thousand miles away in Maharashtra, India? Well, like many philanthropists throughout history, Shaz Memon had recently become a father. The arrival of his daughter four years ago turned Memon’s life on its head. This successful entrepreneur, who had built market-leading digital marketing company Digimax Dental from the ground up, was now faced with the most important project of his life. And amid all his excitement, stress and joy, he was acutely aware of how much harder things could be.

‘Bringing a child into this world is tough,’ he said. ‘Caring for a baby whilst living in poverty can be devastating.’ This prompted Memon to ask a relative in Mumbai to help provide key essentials, such as cots, bedding and clothes to local families struggling to cope with the demands of bringing up a baby. On a video call to his relative, to see the effect his efforts were having, Memon saw a parade of young girls in the distance carrying heavy buckets on their heads.

Shocked by what he’d seen, Memon did some research and soon discovered women and young girls would transport these buckets for an average of between one and two miles a day, that they would often suffer severe musculoskeletal disorders, and that the time spent collecting the water meant they were missing out on key parts of their education. Picturing his own young daughter growing up in such a situation, he was desperate to help.

One day, inspiration struck when, looking around his London office, his eyes landed on the water cooler. It occurred to Memon that it would be so much easier to roll large volumes of water along the floor than to carry it on your head. Continuing his research further, he came across Cynthia Koenig’s organisation Wello. Their large, rollable ‘WaterWheel’ containers carried up to five times more liquid than a single bucket, allowing water collectors to save huge amounts of time and prevent serious physical injuries.

Memon had found the answer and two years on, his charity Wells on Wheels has helped provide over one thousand water wheels, and has seen female attendance at local schools improve drastically as a result. These women and girls now have more water, more time and much less physical discomfort. So why would a London-based dental marketer want to help women and girls more than four and a half thousand miles away?

In Memon’s words, ‘Health and education should be the birthright of everyone, regardless of where you are born. I want to see a world where all girls have the same opportunities in life as my daughter.’This world might seem like a long way away but, then again, London might seem a long way from Maharashtra. If you have the will to help others, huge distances can quickly become much smaller.