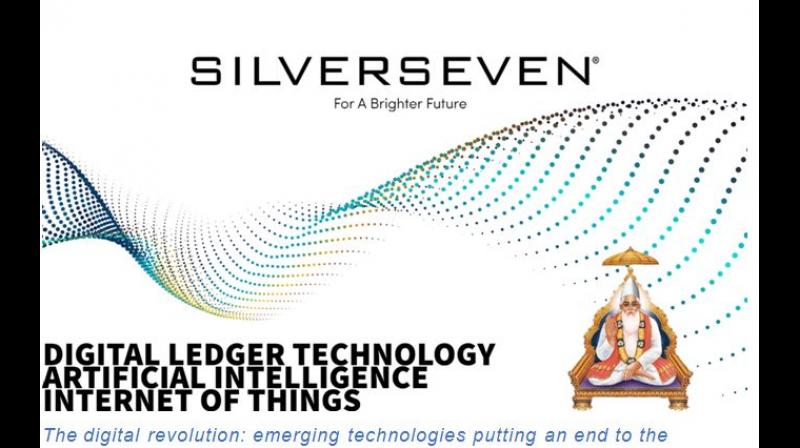 The goal of a digital government is to transform the analogue, paper-based, legacy systems traditionally used to interact with citizens and to make public services work better, faster, smarter and centred on citizens’ needs. — By arrangement

The United Nations (UN) reports that the cost of corruption is more than $3.6 trillion a year, and global events of the last years have created a world particularly vulnerable to corruption.  Technology and anti-corruption measures have a mutually reinforcing relationship. The definition of ‘corruption’ commonly used by anti-corruption organisations is: “the abuse of entrusted authority for illicit gain. It is important to recognise that corruption is not always a sporadic deviation from the assumed universal norm of equal treatment for everyone, regardless of their position in society. In reality, many societies, especially in developing countries, are characterised by particularism, meaning that people’s treatment by the state depends on their position in society. Therefore, corruption in particularistic societies essentially reproduces the existing structures of inequality and uneven distribution of power.

As part of their digital transformation, governments are seeking to improve both efficiency and transparency through the expansion of digital services and online platforms. The goal of a digital government is to transform the analogue, paper-based, legacy systems traditionally used to interact with citizens and to make public services work better, faster, smarter and centred on citizens’ needs. There exists an opportunity to infuse anti-corruption mechanisms whilst this digital revolution takes place, using disruptive technologies such as artificial intelligence and (DLT) blockchain.

SILVERSEVEN® is a Spiritually led Global Social Impact firm on a mission to launch multiple companies that contribute towards theSustainable Development Goals. It aims to accelerate and create lasting positive change in multiple disciplines, while helping facilitate a transition to a sustainable economy. Signatory of the United Nations Global Compact, the firm is active in multiple countries such as Singapore, United Kingdom, United States and India with further expansion plans in multiple countries. The firm ventures into areas that can drive transformation in societies using their everyday business propositions alongside help facilitate this phenomenon into a industry wide accepted way of doing business. Where such practices not only become the right thing to do but are also a more profitable option, The SILVERSEVEN Movement.

One of the main applications of new technologies in the fight against corruption is digital public services. This is a sub-form of electronic government (e-government), that involves the use of particularly the internet, Internet of Things devices, and electronic data management systems, for the provision of public services to citizens. By digitalising public service delivery, governments aim to improve their effectiveness and efficiency, often achieved by automating services and simplifying recurrent bureaucratic processes. The wide-ranging implementation of digital public services is pioneered by countries like Estonia, which has built digital systems for almost all public services, including voting, land registry, court processes, taxation or health records.

Similar developments have been picked up by numerous developing countries, such as India. The Karnataka District government has launched e-government software that allows farmers to apply for and receive compensation for crop damage without having to spend resources visiting the relevant offices. Although such mechanisms are relevant at reducing malpractices it does not immediately and directly tackle corruption at its core. A more direct approach is required.

It is suggested that digital public services reduce corrupt behaviours rooted in the principle-agent problem by internally enabling supervisors to more effectively monitor officials’ activities. They also externally increase transparency to enhance relationships with citizens. The newly emerging DLT and blockchain technologies are anticipated to have great potential for enhancing downward transparency and accountability in the public sector.

Artificial Intelligence technologies, distinguished by their ability to demonstrate intelligence in the form of learning or problem solving, are increasingly arousing attention from policy-makers due to their potential predictive power. Applying neural networks that have the ability to learn data structures can potentially uncover hidden relationships such as corruption, and can be used for more precise prediction models. Ever more available government data paired with unprecedented performance of such algorithms render AI the next frontier in anti-corruption.

One such neural network tool is a self-organising map that can extract patterns from large data sets and visualise them without an explicit understanding of the underlying relationships. It is argued that this type of map could become a powerful tool to predict corruption.

SILVERSEVEN is in the works of developing such technologies that can be implemented at a global as well as a country level, in a fight against corruption and lead the way to a digitalised government that India and many countries that are being supressed in growth due such practices are desperately in need of.By digitising public services and enabling corruption reporting and prediction, it can promote transparency and accountability, and facilitate advocacy and citizen participation as well as closer interaction between government and citizens.

“Corruption exists in many forms; it is imperative to understand the root cause of misconduct and seek to curtail such practices using modern methods not available to prior generations alongside ascend societies to be just and self-sustained.” said DevanshSood, Executive Director at SILVERSEVEN.

The firm is spiritually led by the teachings and has incorporated the spiritual knowledge of social reformer Satguru RampalJi Maharaj from India, whose objectives include establishing societies free from corruption, theft, bribery and fraudulent activity to name a few by taking a spiritual knowledge-based approach.