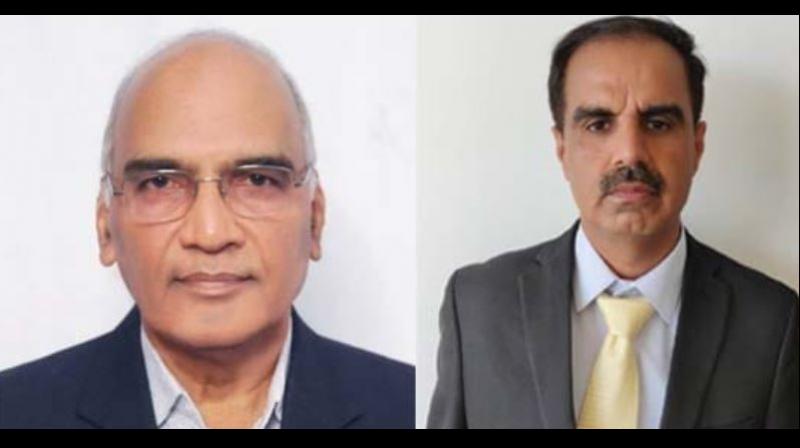 In nature, pests keep on evolving to survive and try to attack the plants and especially crops. Plants on the other hand, develop their own defence mechanisms to keep these pests at bay. The genes responsible for these defence mechanisms either can be present in the crop plants itself, their wild relatives or in other organisms which are sexually non-compatible.

Scientists try to find the genes that can help plants to supplement their defence against these pests. In most crops, the host defence genes are reassembled and added to the crops so that the development of resistance by the pests can be prevented. In some crops, there are no or very limited genes which can provide resistance. Cotton is a major example, in which host genes for resistance against cotton pests are not there. Therefore, development of transgenic Bt cotton which provide resistance against major bollworms has provided a major relief to farmers for more than two decades. Bollworm pests on the other hand, have evolved and tried to develop resistance against Bt cotton. Therefore, the argument that Bt Cotton has led to resistance development in insects is simply not true.

Resistance development in insects is an age-old phenomenon which was observed with many pesticides used before the advent of Bt Cotton in the country. Those who read about the history of cotton in India would know about the evolution of insecticide technology which was essentially targeted at the dreaded bollworm. There are three types of bollworms – the most dangerous American bollworm, the Pink Bollworm (PBW) and Early shoot borer. Army worm was also not uncommon. The farmer is always in search of ammunition with which he can fight the bollworm in cotton.

Hybrid cotton came in early 70s and the first ten years we fought against bollworms using organophosphates. In early 80s synthetic pyrethroids were introduced, which were more effective and much safer to human beings compared to organophosphates.  It was PBW which was the major pest then in Punjab and Haryana while it was the American bollworm in West and South. So, PBW is not something which has come after Bt Cotton introduction. Extensive and intensive use of synthetic pyrethroids led to outbreaks of white fly and other sucking pests in late 80s. There was a crisis in then Andhra Pradesh and Punjab with white fly in 1986 and 1987 which resulted in farmer suicides and with the insistence of the then Chief Minister of AP Shri NT Ramarao the then Prime Minister Shri Rajiv Gandhi ordered some emergency measures including a rapid approval of four new insecticides to fight the menace of white fly. Situation came under control in a couple of year with proper education of farmers and adoption of some agronomic practices in fields.

Secondary pest flare up happens when the main target is controlled very effectively. Lack of competition gives rise to proliferation of secondary pests which become main pests under such situations. This is natural dynamic for populations competing in an ecosystem. We have to understand that farmers have a continuous fight against pests and armchair ideologues have to get into farmer fields to understand this.

Insect resistance management is a much-studied subject among scientists in the world.  The key is to use products with different modes of actions and follow many other agronomic practices. Despite a lot of education and extension work on this front, the adoption of such practices by farmers is always less than adequate because they are compelled to use whatever immediate solution, they think is needed to fight the menace in the fields.

Bt cotton controlled all the bollworms very effectively and continues to do so. Pink Bollworm outbreak could be a result of very good control of other bollworms, but it is also because we have not introduced more advanced upgrades of Bt technology, thanks to the activism and regulatory logjam. The needs of the farmers have been neglected. In many states implementation of proper package of agronomic practices have provided good relief from PBW.

To say that use of Bt Cotton led to outbreak of PBW is too simplistic an argument. Many factors influence the outbreaks of pests. PBW existed and was controlled with chemical pesticides and other practices even before Bt Cotton came into the country.   Many measures related to ginning of cotton, movement of cotton seed for oil extraction, transportation of cotton from infected areas to other areas, destruction of plant residues from cotton fields are needed to control the spread of infestation.

To argue that use of Bt cotton has not resulted in yield increases is a fallacious argument. Cotton yield in the country was 300kg/ha in 2002 when Bt cotton was introduced. It went up to 554kg/ha by 2007 which was a CAGR of 11% which is much higher than the 1% CAGR in the previous 12 years from 1990 to 2002. Was this not because of better pest control through Bt Cotton that the yields increased? The fact that yields stagnated after 2008 is to be seen in the context of lack of technology upgradation, price control by governments which made it impossible for seed companies to invest in research to improve the quality of seed varieties.

GM technology goes beyond Bt Cotton and Herbicide Tolerant cotton. It has many other applications like Water Use Efficiency which reduces the use of water in cultivating crops, Nitrogen Use Efficiency which reduces the use of nitrogenous fertilizers in crops, Heat tolerance which helps crops to grow under higher temperatures, improving the nutritional profile of crops, etc. Many of these applications help us in preserving natural resources and improving nutrition of the poorer sections of the society. Rejecting all of them under the umbrella of GM crops is completely irrational and dangerous.

We must realize that no technology gives permanent and complete solutions. In fact, for a technology to last 15-20 years without upgradation and still give good results is major achievement. Instead of criticizing the technology, we should advocate for the upgradation and integrated management of the technology. The failed experiment of Sri Lanka with forcing organic cultivation by banning the import of all chemical pesticides and fertilizers is an example of how not to promote organic farming. Each option should be used in specific applications where it gives the best value to the farmer. We need a basket of technologies including organic, crop protection chemicals, fertilizers, biotechnology interventions and breeding improvements for the farmers to have the awareness and freedom of choose the best and long-lasting solutions.