He answers the questions on activism, controversies, and future course of action 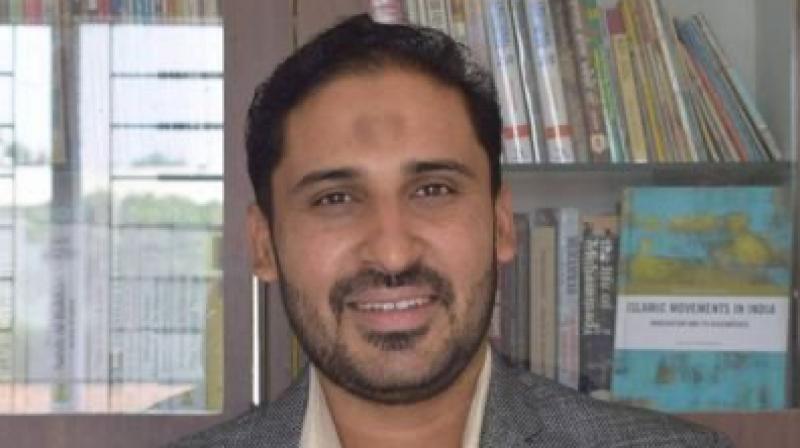 Anis Ahmed is General Secretary of Popular Front and a social activist who has done many acclaimed interventions in society.

Anis Ahmed is General Secretary of Popular Front and a social activist who has done many acclaimed interventions in society. He believes in the welfare of everyone and is committed to protecting constitutional values. His major initiatives in upholding the rights of the poor, marginalized, minorities, and backward groups of India. He answers the questions on activism, controversies, and future course of action. Their organization has been recently in news and was applauded for their efforts during floods and covid relief - cremating Hindus according to the deceased faith. They condemned the attack on Hindu Community and places of worship in Bangladesh.

1. What are the real objectives and strengths of your organization?

We have presence in almost every major state of the nation and a fast-growing minority community organization.  This does not mean we only work for one group, but it means that even while we are based on community, we make it a point to reach out to all marginalized sections and work to uplift everyone. We deeply believe that ‘poverty anywhere is a threat to prosperity everywhere and discrimination anywhere is a threat to diversity everywhere. .  So far, PFI has covered almost majority of states and districts. We are working at the grassroots. We build cadres committed to social work and network them in villages and towns. They are our strength. PFI is also a mass movement. We are with people and people are with us.

2. Let us go with a controversial issue, an allegation that is not leaving Popular Front.  The role of your organization in attacking Prof. Joseph in Kerala.  Was it planned and executed by PFI?

This was a local incident before ten years, unrelated to us Professor Joseph who was a Malayalam teacher at New Man’s college, Thodupuzha in Kerala prepared a question paper for UG students which had extremely obscene content about the Prophet of Islam, Prophet Mohammed (PBUH). Though he was asked by some students and teachers to withdraw the blasphemous question paper, he held on to it. This infuriated local Muslims and one day he was attacked by a group of people.   We view this as a knee-Jerk reaction by a group of angry locals and had condemned the incident the moment the news came out.

Then organization chairman himself made it very clear that the organization does not endorse such violent methods in a press conference held at Press Club of India, New Delhi.  All those accused were arrested and few of them were punished.   Ultimately, the prosecution failed to prove that the we had anything to do with the incident.  We welcome the Court judgement that also cleared that Popular Front as an organization had no role in the incident.  But efforts continue to malign us by it linking with the incident.

3. There are reports that you are a regrouping of SIMI.  How can you deny it while your leaders are from SIMI background?

There have always been attempts from the enemies and vested interest groups to mislead people through baseless accusations. Links to banned organizations, foreign outfits etc. are repeatedly levelled against us. The organisation has welcomed impartial investigation about any such allegation and if they find any proof for the claims, let them take action. Popular Front is not a regrouping of SIMI. This allegation is absurd because SIMI was banned in 2001 and NDF, which is the predecessor of Popular Front was formed in 1993. SIMI and NDF were two different organizations with different ideologies and methods and worked parallelly for more than a decade until the former was banned in 2001.   We are an independent democratic organization that is free from any external link or influence, domestic or foreign.

4. Are you against any community or group?

We are with Hindus as we are with Muslims.  We strive for the peaceful co-existence of all religious communities. We differentiate between Hindu and Hindutva. We don’t see Sangh Parivar as representing Hindus and Hinduism.  For around three decades we were telling people that Hindutva is not Hinduism.

While Hinduism is a religious belief, Hindutva is a political ideology based on hating the other.  Opposing RSS is not opposing Hindus, but in fact supporting them. Hence, we wish all sensible Hindus will realize and come out against the dangerous misuse of their religion by RSS and BJP.  We strongly condemn the attack on Hindu minority community in Bangladesh because it is unethical. But when the same attacks are happening to our minority communities many people becomes silent.

Disclaimer: Asian Age journalist was involved in creating this content. The group also takes no responsibility for this content.

Everything You Need To Know About Otakus