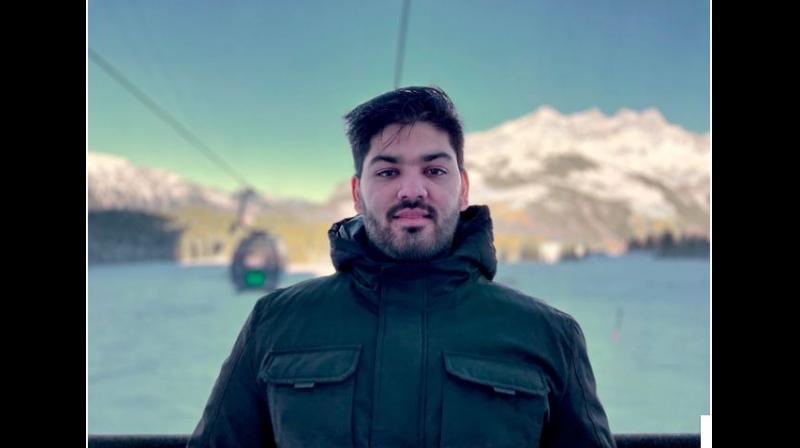 The Dubai-based music producer and freelancer has tried to put every possible effort to create a flourishing career. — By arrangement

Art can be defined in multiple ways, and so can music. Music is a place that almost all individuals love to live in; it can add more colour to people's lives and provide them with a certain peace of mind, which further helps make them feel joyous. Creating or producing such music, which can help people identify with or make them feel belonged, is the job of not just the singers and lyricists, but also of the music producers, who take care of the entire coordination and production of a music project and help in creating magic with music. Doing exactly that as a true-blue professional is Vishal Jain from Dubai.

Vishal Jain's honesty towards producing great music can be proved from the three songs he has already launched as a music producer. One can see the immense talents he possesses as a music producer, who understands the entire process of turning songs or albums into hit tracks and music projects. He is a youngster who proves that age is just a number, and people who are determined to create their unique niche in their respective industries can pave their own path to success by thriving on their strong self-belief, confidence and powerful resolve.

On asking what drove him towards the music industry and becoming a music producer and freelancer in Dubai, Vishal Jain said that he knew that he was a creative soul at heart, and music was something that attracted him the most. To do something in music was what he aspired, and hence, he fearlessly stepped foot into the industry to produce music that can connect with the audiences.

He further points out that listeners always connect to all those musical projects and songs that make them feel the innocence and sanctity of the artist and the label. That is what he is trying to do, launching music and songs that are directly made from the heart and can arouse emotions in people.

Do connect with him on Instagram @vishaljain to know more.