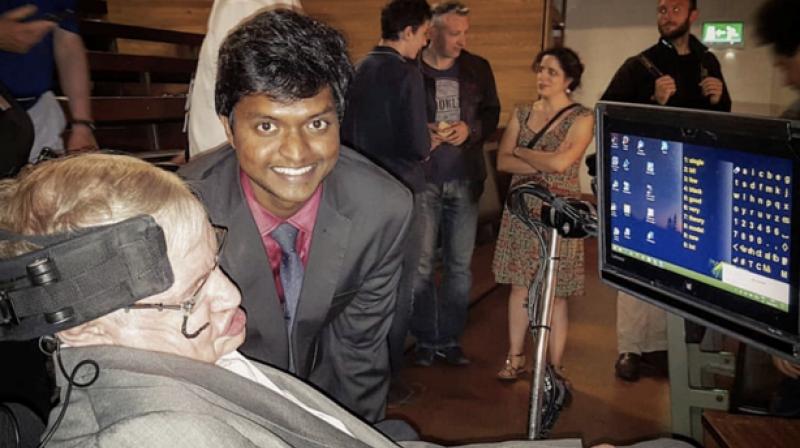 Younger talent like Karan Jani and Akhil Turai are, indeed, a ray of hope and we can certainly expect them to walk in the footsteps of their mentor.

It is nearly impossible to discuss prominent scientific discoveries of the twentieth century and not remember stalwarts like the theoretical physicist, Stephen Hawking. As we celebrate his birthday today, we can’t forget that brilliant mind that inspired generations. Even after almost two years of the demise of this great scientist, the scientific community has been unable to fill a deep black hole in the field of Astrophysics. Younger talent like Karan Jani and Akhil Turai are, indeed, a ray of hope and we can certainly expect them to walk in the footsteps of their mentor.

There is no denying the fact that Stephen Hawking’s life, discoveries, and teachings gave us young and talented scientists like Karan Jani and Akhil Turai. Both, Astrophysicist Karan Jani and Rocket Scientist Akhil Turai hail from small Indian village of Gujarat and big metropolitan city of Maharashtra, respectively. Growing up in such a limited and competitive environment, their only source of motivation came from the books that they read on Stephen Hawking. These not just highlighted his scientific work but also documented his struggle and his life. Their common passion was fueled by the inspiring work of their mentor in Physics and this has led them to continue working relentlessly in that field. Taking a cue from Stephen Hawking’s life, these two exceptional minds also plan to inspire the next generation of Indians. Karan Jani and Akhil Turai share the common goal to generate interest and provide platform and access for the young Indian minds to venture into the field of outer space and science.

Stephen Hawking’s greatest contribution to the scientific community was that in spite of never winning a Nobel prize, the scientist accomplished what no man had done before – he made science accessible to one and all. Added to this, he did not succumb to his physical limitations. Instead, he became an icon for all those young and beautiful minds out there who required just a gentle nudge of motivation to get inspired towards science. Without knowing, Stephen Hawking lived a life that will be captured in golden words in the archives of modern science.

When a cute love story makes the world a better place