10 Aug 2021  Prince Anand aka The Prince voice fascinates many , brings success at his feet
In Focus

Prince Anand aka The Prince voice fascinates many , brings success at his feet 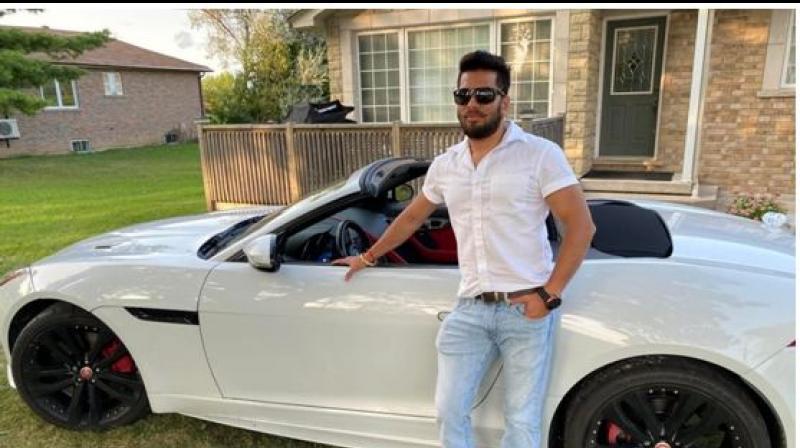 He owns four cafes around the cities of canada. His cafe name is "Bite me Slowly" which runs successfully around Canada. — By arrangement

Prince Anand, A sensational singer with an addicting voice. His voice is engraved in the heart of his listeners. Popularly known as Prince, he has accomplished many achievements in his life.

Born on 26 January 1984 at Moradabad, U. P. Living in Canada since 2008. It's been 12 years of living there for him. And to the surprise he is a successful businessman as well. He owns four cafes around the cities of canada. His cafe name is "Bite me Slowly"  which runs successfully around canada.

When he was in India he also took part in the politics which made him locally recognizable and respected. Locally he is seen as a hope for the successful new era. His participation in politics shows how much passion he has for everything he does. Well that makes him unique of all. He is full of surprises.

He has been singing since his childhood but it became his passion a few years back. He has learned to sing professionally. He has a YouTube channel named "The Prince". He has released two of his songs named " Monkey Shoulder" And "Ek Waari". Both of the songs reached millions of hearts. With the success of his songs he has been reached out by Bollywood industry for his playback debut in the industry.

He has been seen in some parties with the amazing singers of the Bollywood industry including Ankit Tiwari, Mohit Chauhan, Tulsi Kumar and many more known names. It can be a hint that he is soon to make his debut.

Not only is he a good singer but he is one of the most amazing people you can think of. He has an amazing character which is rare to see. His down to earth nature makes him unique of all. He may live in Canada for many years now but he still believes and loves his culture which he has been brought up with. He has his interest in the food industry which also shows how much he loves to explore the area of food. He loves to explore every culture but being attached to his own culture is what he loves the most. His food interest is what  you can see in his cafe business.

His fans not only love his voice but the interaction he has with his fans is what keeps him connected to his fans. His voice may be the top reason for the fans' love he gets. But surely he has a personality which attracts his fans.

From sources we have also got some information about his marital status. He has been single for years now. But we have got a hint of him getting engaged very soon. We wish him the best for his upcoming debut and life.