Confident Group is ecstatic about their alliance with SIIMA 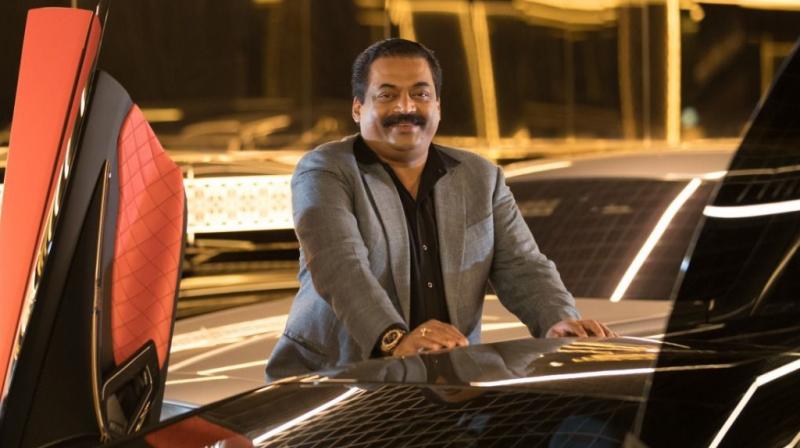 Dr.Roy CJ has spearheaded Confident Group in multiple ventures that benefit the society as whole (Photo by arrangement)

Confident Group is ecstatic about their alliance with SIIMA in the year 2022. They are the ground sponsor this year. In the past, Confident Group sponsored this extravagance held in Dubai and Singapore, making it happen for the third time.

The group is a dedicated and established conglomerate with more than 155 real estate projects. This strongly principled real estate service provider efficiently manages all construction needs in major cities in India. They are remarkably committed to delivering services to its customers with the best solutions for each project they engage. Dr Roy CJ is the Founding Chairman of Confident Group, who prides himself with 100% on-time delivery of all projects engaged. He believes that all projects successfully delivered are an outcome of their strong belief in safeness, superior quality and timely completion.
Confident Group has been the key sponsor to major events, including those of sports, film awards, reality shows, fundraising events and many other shows. In 2013 and 2014, the groups association in sports was evident with their sponsor to the West Indies cricket team. They were official sponsors for the Sri Lankan cricket team during the 2016 world cup.

Dr Roy CJ & Confident Group has collectively produced over ten feature films in Malayalam and Kannada. In the film world, they have been a major sponsor. Marakkar Arabikadalinte Simham starring Mohan Lal, was co-produced by Dr Roy CJ and Confident Group, was released in all South Indian languages. Coming this September 30, Mein Hoon Moosa, another big-budget film with Suresh Gopi in a lead role in their kitty. Not simply as a group, but Dr Roy CJ is directly involved in umpteen public-spirited activities, be it Helping Hands, aiding numerous people with medical needs, building homes for the flood victims or any other asks from society.

Dr Roy CJ has constantly been spearheading Confident Group in multiple ventures that benefit society as a whole. With current years association alongside SIIMA, Confident Group is making its propinquity evident to a larger group, in due course aiming to create a stronger partnership.