As a top-ranked cosmetic dentist with many celebrity clients, Dr. John Badolato is a force in the dental industry 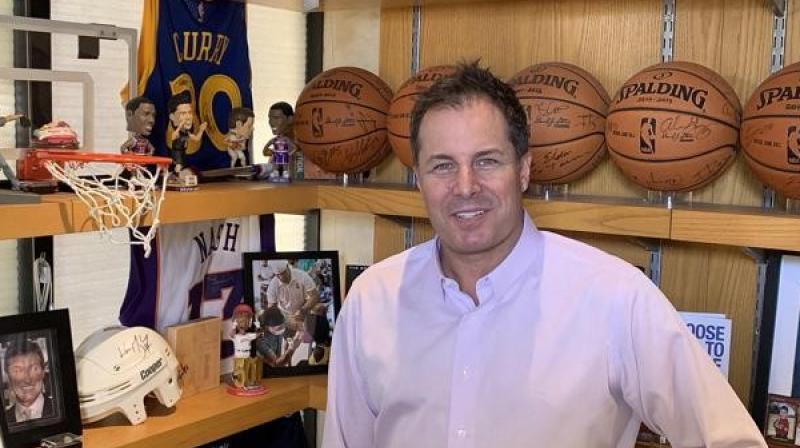 Elite Cosmetic Dentist Dr. John Badolato comes from a lineage of leaders. His father, Bill Badolato, was the Chief Financial Officer of several large corporations before he joined his son to build Studio B Smiles, Arizona’s most well-known dental practice.

“My father was my biggest inspiration and guiding light to success,” John stated. Now a father of three young children himself, John Badolato turned Studio B Smiles from a scratch start-up into the official dental provider of Arizona’s professional sports teams. Studio B Smiles is now the official dental provider for the Phoenix Suns of the National Basketball League, Phoenix Mercury of the Women's National Basketball Association, and the Arizona Diamondbacks of Major League Baseball.

After having a bad dental experience as a child, Badolato was determined to create a comfortable environment that his patients would enjoy visiting. “Our motto is ‘the best interest of the patient is the only interest we will consider,’” he says. Badolato wasn't always focused on becoming a cosmetic dentist.

Before earning his dental degree from the University of Missouri and opening the doors to Studio B Smiles’ first practice in 2004, Badolato found success in the real estate industry and various private investing ventures.

Originally, Dr. Badolato had different plans for his career. “I wanted to go to medical school to become a plastic surgeon,” he mentioned. After a conversation with a prominent surgeon at an internship prior to medical school, Badolato’s plans took a slight turn cosmetic surgery was heavily on his mind. “It’s like plastic surgery without the life and death stressors,” stated Badolato.

Now an owner of two practices with plans for a third, Badolato has the best of both worlds. He can help improve patients’ self-confidence levels and build a business he can pass on to the next generations of Badolatos without the stress of performing life-or-death surgeries.

“I see my practices continuing to grow and eventually I want to pass my practices to my two sons,” says Badolato. His sons will adopt a growing business with a nationally recognized reputation.

As previously mentioned, Dr. Badolato owns two practices- one in Scottsdale, and another Downtown Phoenix. He currently has plans on expanding his franchise to a third practice in Arcadia in conjunction with the Phoenix Suns new practice facility.

Celebrity endorsements have proven to be an effective tool to scale his businesses. According to a study by Dr. Hsinkuang Chi of Nanhua University in Taiwan, society typically values the business of celebrities the same way they value the opinion of their close family and friends.

Dr. Badolato offers his patients a growing list of dental and cosmetics options. Among the list of over 20 different procedures Studio B Smiles offers their patients are dental cleanings, fillings, crowns, Invisalign, whitening services, veneers, and more.

Clinically, Dr. Badolato wishes to be known for providing life-changing treatments and helping grow his patients’ self-esteem and overall happiness.

To keep up with Dr. John Badolato and Studio B Smiles, visit www.studiobsmiles.com

The truth about the effects of your regular incense

How can enterprises write their Digital Transformation story without writing any code?