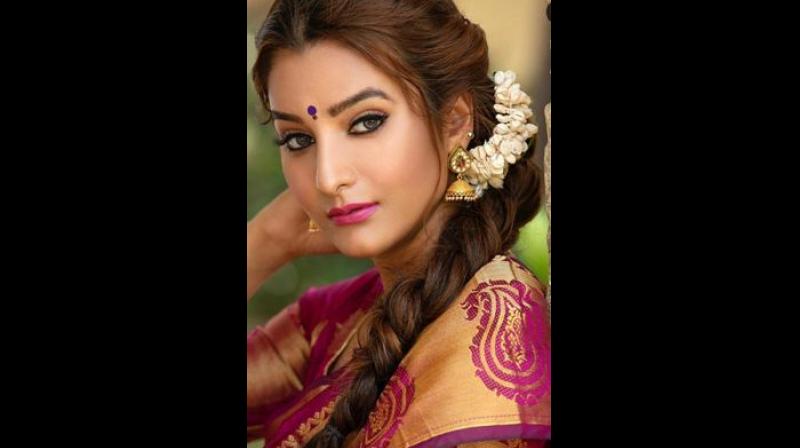 has always been very fond of acting, and has been an activist in the theatre, ever since her childhood days. — By arrangement

Actress Ramandeep Kaur is working in the Tollywood  movie Cauliflower. The director of the movie is RK Malinenni. The movie has Sampornesh Babu and the comedian Posani Krishna Murali. The movie is a complete comedy.

Ramandeep Kaur is back from Hyderabad  after her recent shoot for Cauliflower and shares that this is by far the most different shooting experience she’s ever had. “Of course, it’s the prevailing circumstance that made it so and I’m overwhelmed by the way everything is so unusual from the past years,” says Ramandeep. She adds,”We went there with an extremely limited crew, so it was a little tough. But the production team had arranged for everything so efficiently that we all felt safe and well looked after.” On the bright side though, the actor says she had a lovely experience during her stay.

Actress Ramandeep Kaur is a theater artist and previously, she worked with  Zee Music Famous Song Bewafa. After Bewafa, she got second opportunity in Zee’s Dil Janiya official music video.

Ramandeep Kaur, an aspiring actress, hailing all the way from Delhi, is the future face of the industry. Her story is definitely among the motivating ones. Despite some conflicts with the family regarding choosing acting as a career, she held her position strong, and embarked on her journey of success in life.

Ramandeep has always been very fond of acting, and has been an activist in the theatre, ever since her childhood days. She did have a cute side to her childhood, as she was a mischievous one, when young, and always doing stuff that her parents didn’t like. A case with most of the children, when they’re infant. Apart from performing on stages, she was also a reading enthusiast, and liked to watch shows on television a lot.

She has worked with some of the famous names like FTC, a talent acquisition firm owned by a legendary actor Sunil Shetty, where she got a platform to showcase her acting skills. Ramandeep has also been a part of a very famous theatre group by the name of Ekjute Group, based out of Mumbai. The very same group is owned by Smt. Nadira Babbar, spouse of Sri Raj Babbar. Her early days in Mumbai gave her a bit of a hard time, but she never gave up on her dreams. The legendary Smt. Saira Banu has always been a role model for her, and she always looks up to her.

Skin Suppression Causes Autism! Know How it Does?

Everything You Need To Know About Floating Docks