15 Jul 2020  Saudi Arabian pants and a kinship with Lucknow: Afshan’s journey as an influencer
In Focus

Saudi Arabian pants and a kinship with Lucknow: Afshan’s journey as an influencer

At a time when the coronavirus has virtually halted the entire world in its track, it proved to be a boon in disguise for Afshan’s career 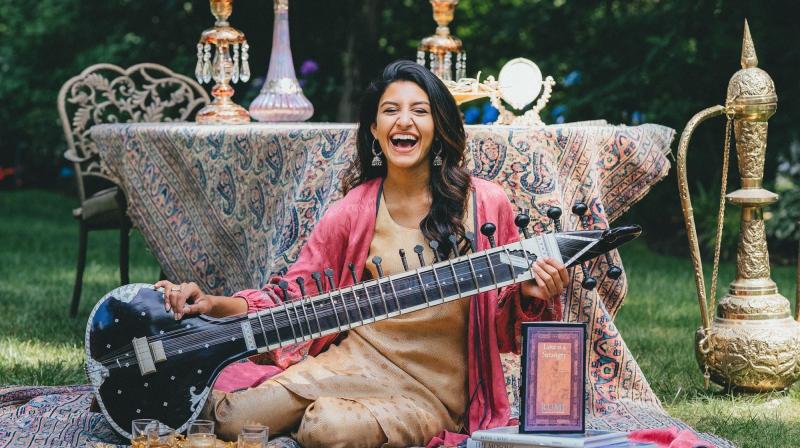 It was 2017, Afshan’s second year at McGill University  where she studied Strategic Management & Classical Arabic  had just come to an end, and summer break had commenced.

She was about to begin interning in New York City, like many other students aspiring to become marketing professionals. However, she did not expect to become what was known as an “influencer” that summer.

A casual photoshoot with a photographer friend, in which she wore  Saudi Arabian pants with a keffiyeh print paired with a chic top from Aeropostale quickly propelled her towards the journey of becoming a South Asian - American influencer.

However, the keffiyeh print pants and white top combination was not the only aspect that drew the South Asian diaspora to Afshan’s page @LifesforLiving. The grand old city of Lucknow too had a pivotal role to play. Afshan’s maternal side of the family hails from the city of nawabs in India, their house in Aminabad still stands tall.

Since she was 15, she has been travelling alone to Lucknow every year for one month, and with each trip developed a stronger bond through her grandfather’s stories about the North Indian cultural and artistic hub.

Most of her days, she would travel 40 kilometers out of the city to teach English & Critical Thinking to young women and young men in her ancestral village.

The time she spent living in the middle of Aminabad, experiencing local life, discovering the rich history, visiting barely maintained landmarks, and exploring the unique culture and its age-old fashion made her realise her deep affection and fondness for the city a feeling she wanted to share with the South Asian diaspora across the globe.

How Afshan began her marketing agency

Soon after, she realised that the experience she brought to her followers was a gold mine. Her blog grew exponentially as she was able to gain a pulse on the South Asian diaspora and how they react to content on social media.

Her experience enabled  her to develop an intuition beyond what was attainable from a marketing class or job constrained within four walls.

Fast forward to two years later in 2019, Afshan was back in New York.

This time armed with a degree, a marketing role at a skincare startup which played with Indian ingredients in their beauty products and a steely resolve to succeed. But that was not enough to satiate her hunger and just a few months later, she quit.

She felt she could do a lot more, so she did. Within weeks, she gained a substantial number of clients, inching closer to being a successful freelancer.

At a time when the coronavirus pandemic has virtually halted the entire world in its track, it proved to be a boon in disguise for Afshan’s career. The demand was so high that she could no longer run the show on her own she needed a team.

By June 2020, Afshan had created a mini agency  @LifesforSocial, playing off of her influencer handle, @LifesforLiving  with two strategists and a slew of creative contractors working under her, at 23 years old.

Her approach is distinctive in that she largely plays off of her own experience of leading influencer campaigns as well as being on them.

Aesthetically pleasing feeds bore her; it is the right voice, the right values, and aligned content that speak to her best a trait that reflects strongly in her work.

Carrying forward what she began in 2017, bridging the gap between contemporary India and the South Asian diaspora is crucial to her brand.

A huge milestone in her life was being part of the Uniqlo USA campaign for the Kurta collection designed by Indian artist Rina Singh the first time Afshan truly felt represented.

They participated in a Delta campaign celebrating the new express route from New York’s JFK airport to Mumbai’s Chhatrapati Shivaji Maharaj International Airport a route she often flew over while visiting India.

Afshan goes beyond just campaigns in her attempts to bridge contemporary India with the South Asian diaspora. She urges others to support local South Asian artisans and designers over large western companies that resell, discusses pop culture, the newest Indian fashion trends, tours her audience around India, and encourages Indians to take pride in their culture and discover it for themselves.

But perhaps the most commendable and brave decision she took was to voice her concerns regarding the multiple issues that plague the subcontinent today.

She has spoken about the discrimination of religious minorities within India and actively discussed ways to combat these problems using her platform.

She is not afraid to speak out especially at a time when doing so often comes with unfiltered wrath and hate and its importance cannot be emphasised enough.