The ministry which said it is no more compulsory to wear masks for air travel has, however, said it is advisable to wear them. 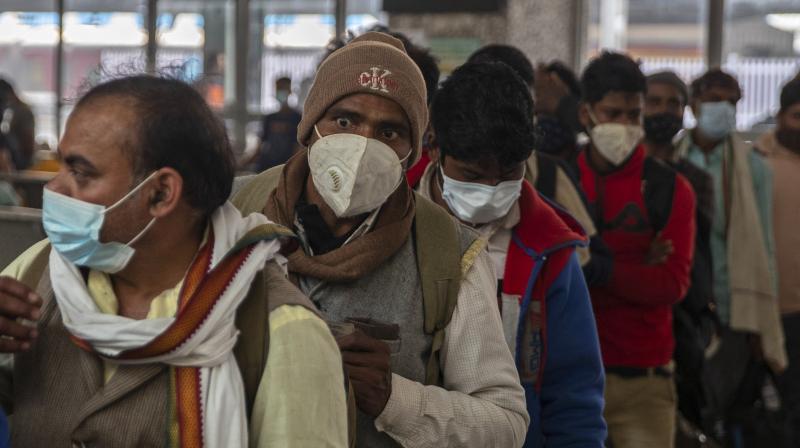 The development of vaccines and its universal administration have helped India, and the world, take on the pandemic with much more confidence. (Photo AP)

The notification of the civil aviation ministry on Wednesday relaxing the rules on wearing masks on flights and in airports marks an important milestone in the nearly three-year-long fight against the Covid-19 pandemic. The ministry which said it is no more compulsory to wear masks for air travel has, however, said it is advisable to wear them.

The world has been on edge ever since a cluster of cases of pneumonia was reported in Wuhan in China’s Hubei province on December 31, 2019. The next day, the WHO set up an incident management support team to deal with the disease worldwide. Soon, there were more reports of the viral disease and governments started monitoring passengers from China in January itself. The first case of Covid-19 was reported in India on January 31 in Thrissur district in Kerala of a student who returned from Wuhan. The spread was so fast that India went into a national lockdown on March 23, which gave Indians a taste of what the whole world had been experiencing in terms of restrictions to stop the spread of the virus. Life came to a standstill the world over and economies stood paralysed.

The world is now returning to normalcy after 63.6 crore cases and an official 66 lakh deaths; India has reported 4.47 crore cases and 5.31 lakh deaths in this period. From a peak of close to four lakh cases a day in India, the new infections have come down to less than a hundredth of that number. The development of vaccines and its universal administration have helped India, and the world, take on the pandemic with much more confidence. The removal of masks is a sign of that.

However, the threat is not gone for good. Scientists have cautioned that it will be around even though science has developed ways to deal with the microorganism and its impact on the human body successfully now. China, which first reported the pandemic, is now facing a revolt by the residents of Guangzhou province against Covid-19 curbs. It could take some more time for human beings all over the world to finally declare their freedom from this deadly virus.