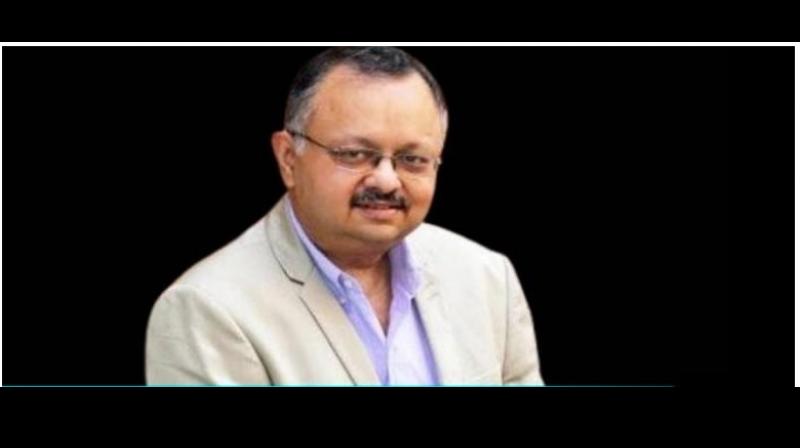 The Defence Research and Development Organisation (DRDO) recently developed a counter-drone system for aerial security. Partho Dasgupta (in picture) praises the fact that India is finally moving on from its dependence on different countries and coming up with indigenous defense systems as a part of the ‘Make in India’ initiative. The future of this technology is limitless. — By arrangement

With technology changing almost every day, it seems like anything and everything can be turned into a weapon in the hands of people with ulterior motives. The governments today not just need to be one step ahead of these advancements but should also be able to foresee these threats. Drone technology was initially developed for military use but it has found its way into the mainstream because of its numerous uses and the fact it can be remotely manned. With Artificial intelligence tech, Robots, Augmented reality, machine learning, etc morphing and evolving every day, keeping up with these changes has become paramount.

This year’s republic day celebrations saw a spectacular performance by BotLab Dynamics which is a start-up incubated at IIT Delhi. 1000 drones filled the air with their humming noise and beautiful formations that were timed to perfection. Partho Dasgupta, Former CEO of BARC states “Drones today have become common and affordable. What was designed for the military has today become recreational. It’s amazing to see what drones have done for the farmers, with a push from the government in the 2022-23 budget for ‘Kisan Drones’, the popularity of drones is going to be sky high! ”

“With its various applications in agriculture, geo-mapping, land surveys, aerial cinematography, disaster management, mining activities, etc these Unmanned Aerial Vehicles have become vital in most sectors,” says Partho Dasgupta. These multi-range drones can be flown beyond 400-mile distance and up to 3000 feet in the air. According to research by The Civil Aviation Ministry, India's drone sector is expected to attain a total turnover of Rs. 120-150 billion (US$ 1.63-2.04 billion) by 2026. However what exactly does this mean for the defense system of our country? The unfortunate drone attack in Jammu and Kashmir in July 2021 came as shock and surprise to everyone. It was just a matter of time before these drones were used for nefarious activities.

“The government needs to ensure that we are one step ahead in terms of technology. What happened in Jammu cannot be repeated. There needs to be anti drone tech and proper licensing of drones in place to ensure that they are not misused” believes Partho Dasgupta BARC ‘s ex CEO. Keeping in mind the safety issues, the civil aviation ministry recently passed Drone (Amendment) Rules, 2022 which states that RPC (Remote pilot certificate) won’t be required for flying small to medium size drones of up to 2kg for non-commercial purposes. Authorized training providers for drones will provide a certificate of training to qualify for a remote pilot license. Flying zones will be divided into Yellow (controlled airspace), Green (no permission required), and Red (flying not permitted). Importing drones in any form has also been banned barring security or R&D purposes.

The Defence Research and Development Organisation (DRDO) recently developed a counter-drone system for aerial security. Partho Dasgupta praises the fact that India is finally moving on from its dependence on different countries and coming up with indigenous defense systems as a part of the ‘Make in India’ initiative. The future of this technology is limitless.

Soon drones will be used for advanced military needs and delivering our pizza at our doorstep. It would be easier to transport supplies to inaccessible areas and remote locations. Paces plagued by contagious diseases and war-torn areas will be within reach as drone technology evolves with time. With drone manufacturing companies like Info Edge, Paras defense, Zen technologies on the rise, and government initiatives like ‘Drone Mahotsav 2022’, India is on its path to becoming world’s drone hub.