Bobby Kataria - a one man army

He is a real hero in this corona time. Daily he served the food among 1200 to 1500 people twice a day 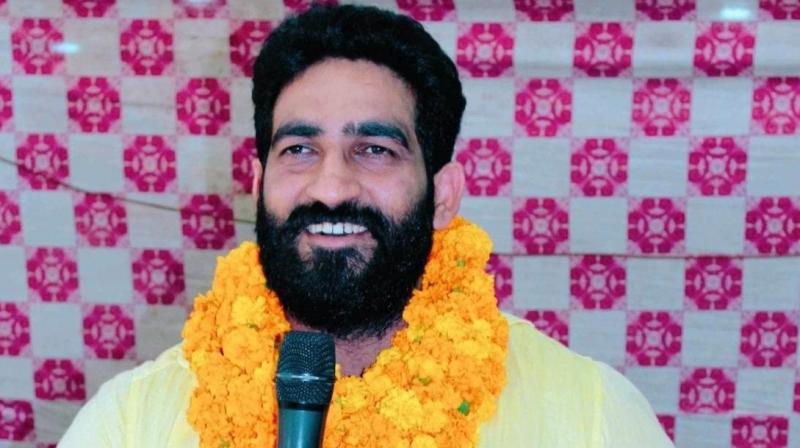 The world today has formed into something which can be pronounced as the cruellest phase of mankind.Before lending a helping hand to someone , an opinion strikes on both the minds of the receivers' and lenders'.

Receivers may possess the idea that what might  be the benefit or motive behind the help."Why would someone help us?"

The idea which might cross the lender's mind can be that what if the person he is helping ,is not deserving. But people whose sights are set on the aim of helping and lifting up the needy and poor are not the slave of anyone's decisions. They themselves are the "One Man Army".

"Bobby Kataria" or "Balwant Kataria", a heroic name which is now echoing in the ears of  the poor  , is a man who himself lifted the heavy baggage of Assissting the poor in this deplorable, apalling and barbaric period of pandemic.

When the world is hiding behind their doors because of the terror of covid-19, this heavenly man stepped out and left no stone unturned to went that extra mile for the poor.

He came outside with his brother "Samay Kataria" and "Manju Singh", who is now the director in Bobby’s NGO,to fight against this cruel period. He abide by all the laws, rules and regulations. He had burned the midnight  oil for arranging the food for them. He worked from 4am to 10pm just for the arrangement of 1500 people's food.

He is a real hero in this corona time. Daily he served the food among 1200 to 1500 people twice a day. The food which was given to the poor people is of their tastes and preferences. He never repeated the food but he asks them what they wanted to have the next day so that he can see the smiles on their faces.

Along with it, he distributed frooti, milk,toffees, bread fritters, rissoles,soft drinks etc. He completed 3 of the lockdown by helping the societies' people. He distributed sanitizers in police stations and also to the security guards.

His acts of humanitarian deeds are not limited till here. His organization,  Yuvekta foundation has solved more than 99℅ of New Delhi's  missing cases. Under his guidance, most cases of rape, harassment and accident have been solved. His courage has no boundaries. He with his team, on its own, traced the location of criminals who kidnapped and abused an innocent girl.

Without  even giving a second thought about his life, Bobby managed to free a child and save her from her death. One more his recognized act towards humanity is that he protected the beating heart of a helpless new born baby, who was mistakenly dead. He brought her back from the trap of death.

He has just crossed his limits for helping the poor. Words are just not fair enough to explain this golden-hearted man. He has emerged as the saviour of mankind. He never shows off his deeds. He is so grounded that even after doing these heroic actions, he never brags about it.

Everyone is so proud of him. He has in true sense served the nation. The biggest enemy of a country is its poverty. Till poverty gets reduces to its maximum limits, a nation just can't grow. Carrying in his eyes the dream of seeing India lifting the title of golden bird once again, this man has decided to sacrifice his life in the name of the people.

It is said that "There is no exercise better for the heart than reaching down and lifting people up." This quote is fully driven into use by Bobby kataria. This man has done things beyond the imagination of certain people. He believes if you help people, it will reach god faster than any prayer. We are humans and we should make fullest use of it to help as many people as possible. We thank him whole heartedly for his great gestures towards humanity.

Inveda: Producing products so good that you’ll love to take care of your skin

Mark Van Stratum, generates magical realism inspired by his life through his books